Jessie Buckley's Star Is Born in Wild Rose. But It’s Been a Long Time in the Making

If you don’t recognize Jessie Buckley’s warm smile and lilting voice already, chances are you will soon. Having starred in the acclaimed HBO series Chernobyl, and with upcoming projects alongside big names like Renée Zellweger and Keira Knightley, the 29-year-old actor and singer from County Kerry, Ireland, is set to become a familiar face on both sides of the Atlantic.

Buckley’s latest film, Wild Rose, follows a young Scottish woman with high hopes of becoming a country music singer. We meet Rose-Lynn Harlan as she leaves prison and reunites with her two children in the film’s opening scenes. A free spirit, Rose soon struggles with the difficulties of chasing her musical dreams and holding down responsibilities at home. The movie has won raves, in large part for the kinetic energy Buckley brings to the role.

Hailing from a musical family, Buckley first appeared on British TV screens in 2008, as a contestant in the talent competition I’d Do Anything competing for a leading role in a new West End musical. Since then, she has performed on London’s stages, featured in several television series including adaptations of War and Peace and The Woman in White, and won critical acclaim for her lead role in the award-winning psychological thriller Beast. She’s set to star in Charlie Kaufman’s upcoming Netflix thriller I’m Thinking of Ending Things as well as a film adaptation of the family-friendly classic The Voyage of Doctor Dolittle, opposite Robert Downey Jr., slated for release in early 2020.

Despite the growing buzz surrounding her, there’s a distinctly grounded quality to Buckley as she says she has no desire to “sheen herself up” or become more glamorous to appeal to audiences. In the weeks leading up to the release of Wild Rose on June 21, Buckley spoke to TIME about her musical upbringing, channeling real-life trauma in Chernobyl and the kinds of stories she likes to tell.

Do you find yourself gravitating towards certain projects or characters?

Now, I’m asking myself what it is I want to say next. I suppose I quite like going to the opposite side of where I’ve just come from, and I like exploring different aspects of myself. I don’t like settling or feeling comfortable; I like surprising myself and surprising others.

What about the character of Rose-Lynn appealed to you?

The minute I read the script, I just was so excited and unnerved, and thrilled by this boisterous, flawed, human, raw, courageous young mother. Rose is so alive and so human and real. All of the women in the film were breaking outside of the four walls of where they were told they were allowed to exist in and dream in.

What do you make of Rose’s relationship with music, and how it affects her relationships with those around her?

Initially music for her is escape—it’s belonging to something else, and somewhere else. And also, whether she’s aware of it or not, everything that she’s not able to say in her real life, she says it in her music. She wants to be able to say it to her kids but she doesn’t know how to do that. She’s afraid of them in ways, because they make her vulnerable.

Did you have a musical family growing up?

My mum is a harpist and a singer. She’s had five kids and she’s an amazing woman. She’s just gone back to study music psychotherapy at university. Our family is like the von Trapps, it’s madness. My parents gave us an amazing gift: that whatever it is you’re passionate about or want to explore — life is much more fulfilling if you experience it with things like that rather than materialistic things.

Do you ever see any reflections of Rose, or any of your other characters, in yourself?

I never initially, when I read a script, think, “Oh brilliant, that’s me!” Because there’d be no point. I definitely didn’t have that tenacious courage that Rose-Lynn had in the beginning. But for me, I always want to go away with half the character, and half the character go away with me at the end of a job. You have to put a little bit of yourself in there, and they for you.

In Chernobyl, the basis for your character is Lyudmilla Ignatenko, whose husband was a firefighter affected by radiation poisoning. How did you tap into that experience of extreme grief and trauma?

I was terrified of the responsibility of it. It’s still important. It’s real. The story shocked me as much as it shocked everybody else. Everybody knew the word Chernobyl, or had heard the word Chernobyl growing up, but I hadn’t heard the truth at the core of what happened.

It’s such a unique kind of grief that is very hard to understand, because it happened so quickly and [the event was] so massive and horrific. Her story is one of love, and the danger of love. The book Chernobyl Voices became kind of bible to me when I was filming and preparing. It was also useful looking at photos of her, and watching a documentary that she was in. There was always something about her neck for me — almost like she was choked by grief that wasn’t allowed to be spoken about.

Over 10 years ago, you competed on I’d Do Anything and came in second place. How do you feel about that experience now?

I look back at that show now, and myself then, and I’m proud of that young Jessie. For me, I just wanted to sing and be part of something that would otherwise take me 30 or 40 years to even get a toe inside the door. I was very raw, and sometimes, I really was crap. I feel like from where I am now, it’s all been little yellow brick roads along the way. Maybe I dreamed, but I never thought it would actually be possible that I would make a movie. That’s something that didn’t happen to a girl from Killarney.

In the forthcoming film Misbehaviour, you play Jo Ann Robinson, who helped organize a feminist protest against the 1970 Miss World pageant. Did you meet the real life inspiration for your character?

Oh yeah! She’s around and she’s excellent — she’s got dyed purple hair and wears Doc Martens and she is just the coolest cat. The explosion that happened with those women coming out of the 1960s is about sisterhood. It’s about encouraging women and men to respect each other and respect yourself and stand up for yourself, and not be puppeteered or paraded around and be told that you’re not allowed to feel something because you’re put on this plinth of beauty.

Do you think that’s a relevant message in 2019?

I think it’s a story relevant for every era. We have to constantly keep questioning and evolving, and young women need to keep being reminded of that. There’s so much pressure, whether you’re a woman or young man, to succeed and for success to look like something, usually based on money and looks. It’s really soul-sapping, and that’s why these conversations, questions, moments, films and stories, need to keep being told. 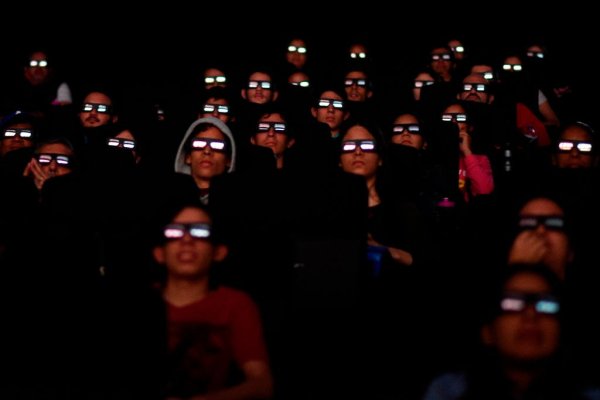 Disney is Re-Releasing Avengers: Endgame with New Footage in an Attempt to Break Avatar's Box Office Record
Next Up: Editor's Pick