Starting gates are seen at Santa Anita Park race horse track on June 11, 2019 in Arcadia, California. A second race horse in two days has died at the track, bringing the total horse fatalities to 29 since the racing season began in December. More than 60 horses have reportedly perished at the track since the start of 2018. The California Horse Racing Board asked the park to shut down for the rest of the season but Santa Anita officials say they will disregard the request.
David McNew—Getty Images
By Currie Engel

“Enough is enough,” he said in a statement Tuesday. “I am calling on the California Horse Racing Board to ensure that no horse races until they are examined by independent veterinarians and are found fit to compete.”

Twenty-nine horses have died since the park’s racing season began in December, and with almost two weeks still to go before its formal end, alarm over the death toll has grown. Among the variables thought to contribute to the deaths are the use of whips, drugs and medications, and the general track conditions, according to The New York Times and other outlets. But the problem may lie with the nature of the industry itself, although some changes have recently been enacted.

Following Newsom’s comments, Stronach Group––the owners of the racetrack––agreed to work with the horse racing board to increase oversight at the track. A “horse safety review team” led by state experts will use new criteria to evaluate each horse on whether it is at higher risk of injury before racing. The executive director of the state horse racing board called the measures “historic safety enhancements.”

The track shut down in March after the number of horse fatalities reached 23, but reopened just weeks later following the board’s passage of stricter safety reforms. Yet, the deaths continued.

Formal Dude and Truffalino, two horses who raced at the track, are among the most recent racing deaths. The horses, who passed away just one day apart earlier this month, suffered from race-day injuries. For Truffalino, it was believed he died of a heart attack. They join the dozens of other horses who have met an untimely end at the Arcadia track, located just outside of Los Angeles, this year.

According to the Santa Anita website, the park’s board enacted reforms in March to limit the use of anti-inflammatory and pain medications in an effort to improve the horses’ health and to prevent life-threatening injuries on race day. The website also states that California racing standards maintain “some of the strictest crop rules in the world.”

In a press release, Stronach Group said that since the reforms passed, there has been a 50 percent decrease in “catastrophic” race-day injuries and an 84 percent decrease during training sessions. The group also says they are working with the California Horse Racing Board to resolve horse safety concerns.

This past Sunday, following the deaths of Formal Dude and Truffalino, the California Horse Racing Board (CHRB) asked Santa Anita to end their meet seven days early. However, the track currently remains in operation. Santa Anita is also still currently scheduled to host the Breeders’ Cup this November.

The CHRB and The Stronach Group did not immediately respond to TIME’s request for comment.

With close to two weeks still left in the current season, and an even bigger event on the horizon, all eyes will be trained on the track—not just to see who crosses the finish line, but to see who might not. 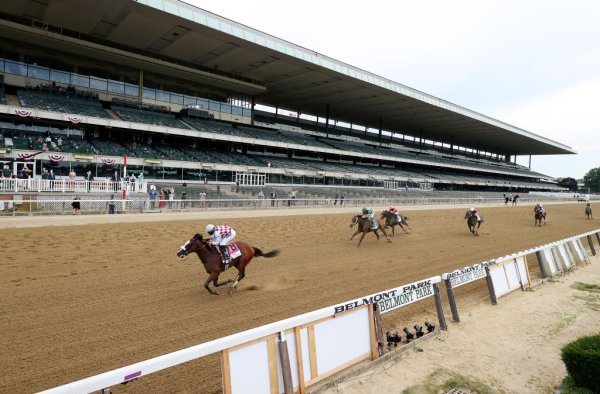