Horse Deaths Are Haunting the Racing World Ahead of the Kentucky Derby. Here's What's Being Done to Stop Them

The 144th running of the Kentucky Derby at Churchill Downs on May 5, 2018 in Louisville, Ky.
Sean M. Haffey—Getty Images
By Emily Barone

The Kentucky Derby, which will be run for the 145th time on May 4, is the oldest continuously held major sporting event in U.S. This year, however, talk of mint juleps, stylish hats and Triple Crown dreams may be overshadowed by a disturbing spate of horse deaths — and fresh calls to regulate the sport.

Between late December and early April, nearly two-dozen Thoroughbred horses died while racing or training at California’s Santa Anita Park. The cause of the fatal injuries is unknown, and the Los Angeles County District Attorney is investigating the deaths. As with all horse injuries, multiple factors may be at play, say safety experts, including heavy rainfall that may have compromised the track surface. The track shut down for much of March and adopted several new policies, including banning the use of drugs on race day and increasing the time required for horses to be on-site prior to a race.

“While the cause of the injuries on the racetrack might be varied, they have one thing in common: the industry has yet to do everything that can be done to prevent them,” wrote Belinda Stronach, chairman and president of the Stronach Group — which owns Santa Anita — in a March open letter. “That changes today.”

That’s a small start. But reforms at one track likely won’t be enough to fix the sport’s systemic problems. Last year, 493 horses died or were euthanized within 72 hours of sustaining a catastrophic race injury. That’s about 10 horses each week. In the last ten years, a total of 6,134 horses have died. That tally doesn’t include deaths from training.

PETA and other animal-rights advocates are sounding off. So are notable horse racing organizations, which say that many horse deaths are preventable. In March, the Jockey Club, which holds the registry for Thoroughbred horses, released a scathing report calling out the sport for tolerating performance-enhancing drugs and running horses that are medicated to dull the pain of pre-existing injuries. “The issue isn’t about a single track,” the report reads. “Horse fatalities are a nationwide problem, one that has shocked fans, the industry, the regulators and the general public.”

An industry overhaul would be difficult, if not nearly impossible, to implement because horse racing has no national rule-making body. The National Thoroughbred Racing Association (NTRA), which sets best safety practices, has no teeth to mandate them. Instead, 38 racing jurisdictions set their own standards.

“We are more of a carrot organization than stick,” says Steve Koch, executive director of the Safety and Integrity Alliance at NTRA, which has accredited 23 tracks. Another 40 tracks are making efforts to be accredited, while others are not engaged with the alliance at all. “We’re making progress, but are not quite there yet.”

Federal oversight is still far off. The Horseracing Integrity Act of 2019 was introduced in the House earlier this year to establish a private, independent horse racing anti-doping authority. It has 69 cosponsors, but does not have full support from the industry. Prior versions of the legislation also failed to make headway in Congress.

History has shown that reforms triggered by horse deaths roll out slowly and inconsistently, from state to state and from track to track.

For instance, after beloved Thoroughbreds Barbaro and Eight Belles died in the late 2000s, the industry began to collect fatal injury data for every U.S. track. Today, every racetrack reports injury death rates to a national database. But only a handful make those numbers public. In Kentucky, Keeneland and Turfway Park both report publicly. But Churchill Downs, home of the Kentucky Derby, does not. In March, the Louisville Courier-Journal discovered via a public records request that the death rate at Churchill Downs was 2.73 per 1,000 racing starts last year—more than 60% higher than the national average.

This week, the Derby track released a list of safety initiatives that it plans to support in the coming years, as well as a statement from Churchill Downs Inc. chief executive Bill Carstanjen: “As the host of the Kentucky Derby and a key leader in the racing industry, Churchill Downs has a heightened responsibility to implement the world’s best practices for caring for racehorses at our facilities.”

The NTRA’s Koch believes that efforts over the last decade, such as curbing doping drugs and evolving veterinarian protocols, have made a difference. While the U.S. racing fatality rate rose 4% in 2018 compared to the year before, since 2009 the fatality rate has actually declined 16%, from 2 deaths per 1,000 race starts in 2009 to 1.68 last year.

More change could be underway. In mid-April, 20 leading tracks pledged to phase out a drug called Lasix in the coming years. Lasix treats a rare lung condition, but, according to the Jockey Club, it is given to about 95% of horses on race day because it induces urination. Lighter and faster, the horses perform better, but need days to recover and rehydrate.

That’s good news leading into the Kentucky Derby. This year, like every year, America will fall for — and bet on — the Thoroughbreds at Churchill Downs. Now, the racing industry is under pressure to take better care of them. 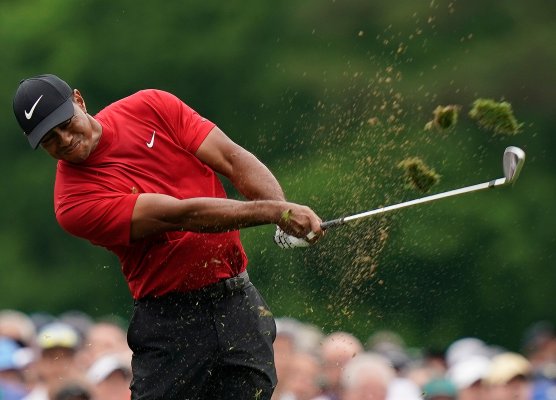 How Tiger Completed One of Sports' Greatest Comebacks
Next Up: Editor's Pick