When a woman is denied access to an abortion, research has shown that she may face threats to her mental or financial well-being. A new study, published in the Annals of Internal Medicine, suggests her physical health may suffer, too.

“There’s a good deal of research that shows, in the short term, having an abortion is much safer than childbirth, but there isn’t much research over the long-term,” says study co-author Lauren Ralph, an assistant professor of obstetrics, gynecology and reproductive sciences at the University of California, San Francisco. “Our study demonstrates that having an abortion is not detrimental to women’s health, but being denied access to a wanted one likely is.”

The researchers found that women who were denied abortions were more likely than those who had them to report chronic diseases, persistent pain and poor overall health five years later.

The study was funded by several foundations that support pro-choice work, including the Wallace Alexander Gerbode Foundation, the David and Lucile Packard Foundation and the William and Flora Hewlett Foundation, but these groups were not involved in data analysis. The project tracked the self-reported physical health of about 900 women who sought abortions at U.S. clinics between 2008 and 2010. The researchers purposely looked for women who were close to or slightly beyond the gestational limit for performing abortions (which differs by region in the U.S.) so they could collect data about women who were turned away or obtained later-term abortions, as well as those who received more common first-trimester abortions.

In all, 328 women had a first-trimester abortion, 383 had a second-trimester abortion and 163 were turned away. Each woman provided information about her pain, chronic conditions and overall health when the study began, and twice a year for the next five years. (Only about 60% of the women completed all five years’ worth of interviews, and mothers were most likely to drop out.) By looking only at women who wanted abortions, the researchers were able to lessen the potentially confounding factors of socioeconomic and health disparities, since women who choose to have a baby tend to be healthier and wealthier than those who opt for abortion.

Women who gave birth also reported slightly higher rates of chronic conditions including headaches, joint pain, asthma and high cholesterol. Two women who ended up giving birth also died from maternal causes, which “could have been avoided had these women had access to the health care they had sought,” Ralph says.

These disparities, Ralph says, can largely be attributed to the inherent risks associated with pregnancy and birth. Complications can include both relatively rare, life-threatening issues, such as excessive bleeding during delivery, and chronic conditions such as perinatal depression, gestational diabetes and gestational hypertension, which each affect about 10% of mothers.

About 700 American women die from pregnancy-related complications each year, according to federal estimates, and the maternal mortality rate of about 17.2 deaths per 100,000 live births in the U.S. is worst in the developed world. The complication rate at U.S. abortion clinics, meanwhile, is estimated at around 2%, with death occurring after less than one out of every 100,000 abortions.

Beyond that, Ralph says the strain of being denied a requested abortion can also manifest in more nuanced ways. Chronic stress or financial struggles may negatively affect health, for example. That’s why the researchers chose to ask women about their overall health after five years, instead of simply looking at medical records.

“We are listening to women’s perspectives about their overall health status and not necessarily relying on new clinical diagnoses,” she says. “This measure of self-rated health, I think, is actually more likely to encapsulate various aspects of their health and well-being that specific measures might not.”

Ralph says the findings are especially pressing as states around the country, including some that already struggle to provide adequate women’s health care, pass legislation meant to limit access to abortion. In many cases, proponents of these policies argue that abortions are dangerous, either mentally or physically—and Ralph says it’s time for those claims to end.

“The argument that abortion harms women is certainly not supported by our data,” she says. “When differences in health were observed, they were consistently in the direction of worse health among those who gave birth. The findings from the study can really highlight some of the consequences if we continue to restrict access to wanted abortion.” 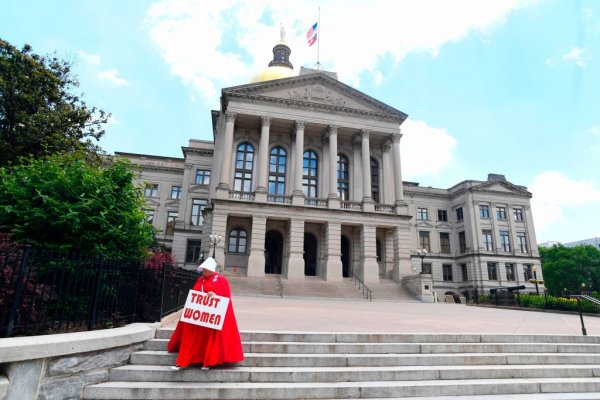 Inside the States Challenging Roe v. Wade
Next Up: Editor's Pick