St. Louis Judge Says Planned Parenthood Doctors Do Not Have to Testify

A St. Louis judge on Tuesday handed a win to Planned Parenthood — but larger questions over the fate of Missouri’s last remaining abortion provider remain unanswered.

Circuit Court Judge Michael Stelzer decided Tuesday that five doctors who provide care at Planned Parenthood’s St. Louis clinic, but are not employed by the organization, do not have to submit to interviews by state investigators. That ruling settles a major piece of a dispute that has been brewing since last week, and prompted Planned Parenthood to file a lawsuit against the state of Missouri.

Planned Parenthood officials announced May 28 that state health officials looked unlikely to renew the license necessary for providing abortion care at its St. Louis clinic before it was set to expire on May 31. Without that license, Missouri would become the first U.S. state without a legal abortion provider. (On May 31, Stelzer granted Planned Parenthood a temporary restraining order that allowed it to continue providing abortions at least until another hearing took place.)

Missouri officials cited “deficiencies” in care provided at the clinic that needed to be corrected before its license could be renewed, and said the state could not conclude its investigation without interviewing seven doctors who work at the health center. Two attending physicians employed by Planned Parenthood were interviewed, but the group argued that it could not compel five non-employee clinicians—who include medical trainees��to testify. Planned Parenthood officials also argued that the interviews were inappropriate and unnecessary, and said the state had threatened legal or licensing penalties in conjunction with them.

Stelzer on Tuesday ruled that requiring these doctors to testify placed an “undue burden” on Planned Parenthood and its doctors, and called for the state’s subpoenas against them to be “quashed,” CBS News reports.

“Planned Parenthood is relieved that doctors in training will not have to come to court and face the unwarranted harassment we’ve long said is inappropriate,” Dr. Colleen McNicholas, an OB/GYN who works at the St. Louis clinic, said in a statement. “We look forward to another day in this fight—for our patients and for the doctors who provide safe, legal abortion.”

Kelli Jones, deputy communications director for Missouri Gov. Mike Parson, told TIME that their office believes doctors may still have to testify at some point, after the judge hears the merits of the case.

“The Judge substantially narrowed the scope of the hearing, rendering the testimony of witnesses unnecessary at this time,” Jones told TIME. “Should the case proceed on the merits at a later date, we fully expect these subpoenas to be reissued so that the witnesses may be called to testify.”

While Tuesday’s ruling settles one piece of the conflict, the larger question—of whether Planned Parenthood can continue providing abortions without a license as its lawsuit against the state of Missouri proceeds—remains to be answered. Stelzer is expected to rule on that issue this week. 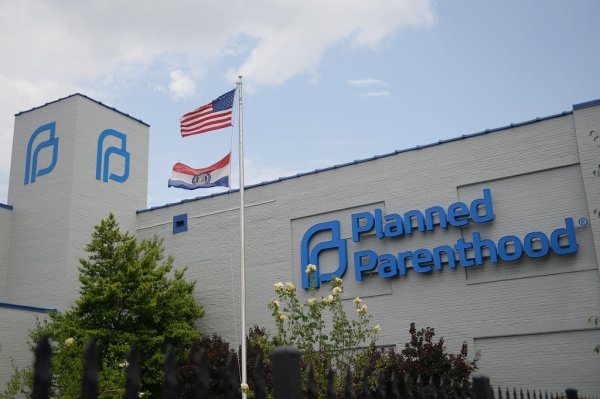