By Jamie Ducharme and Tara Law

A judge in Missouri ruled on Friday that the state’s only abortion clinic can continue providing the procedure, blocking Missouri from becoming the first state without an abortion clinic in nearly 50 years.

Planned Parenthood said in a statement Friday that St. Louis Circuit Judge Michael Stelzer issued a temporary restraining order against the State of Missouri, allowing the clinic to keep providing abortions, and that he scheduled another hearing for June 4. The clinic, a Planned Parenthood facility in St. Louis, had been set to lose its license to perform abortions at midnight on Friday.

Dr. Colleen McNicholas, an OB-GYN from Planned Parenthood of the St. Louis Region, said that they will continue to provide patients with abortion care.

“This is a huge sigh of relief for the many patients who need access to safe, legal abortion in Missouri,” said McNicholas. “The fight goes on. While temporary, we celebrate today, and tomorrow we go back to work to ensure access to abortion does not go dark at the last health center that provides abortion in Missouri.”

Planned Parenthood said on Tuesday that Missouri looked unlikely to renew its license to provide abortion care at the health center. The group filed a lawsuit against Missouri and asked for a temporary restraining order that would allow the clinic to keep operating past May 31. M’Evie Mead, director of policy and organizing of Planned Parenthood Advocates in Missouri, said at a Friday press conference that the temporary restraining order will remain in place until the judge rules on whether to put a longer-term restraining order, known as a preliminary injunction, on the state.

On Wednesday, Gov. Mike Parson—who last week signed into law a bill that bans abortions starting in the eighth week of pregnancy—said Planned Parenthood had not met standards of care required for license renewal, and would not receive any special treatment for being the last abortion provider in the state. If the clinic corrected certain unspecified “deficiencies” uncovered by state inspectors before May 31, Parson said, its license would be valid for renewal. But without those adjustments, he said, “it would be reckless for any judge to grant a temporary restraining order.”

In its lawsuit, however, Planned Parenthood argued that the license renewal process had been unlawfully intertwined with a state investigation into an unspecified patient complaint. Parson said Wednesday that the organization was aware of issues at its clinic, and mentioned that patients at the health center had reported failed surgical abortions and at least one complication that required emergency surgery.

Dr. David Eisenberg, the clinic’s medical director, said the Missouri Department of Health failed to explain to the clinic the complaints the state is investigating, adding that the state holds the clinic to a higher standard of care than any other healthcare provider.

“Despite knowing that we provide the highest quality of healthcare in Missouri, the Department of Health has refused to be a fair partner and they are over-regulating abortion care to the point that it is nearly out of existence in the state of Missouri,” said Eisenberg.

Eisenberg addressed accusations that several people reported receiving failed abortions, saying that while abortion is safe, sometimes patients need to go to the hospital to remove residual tissue. He also referred to accusations that many people were transported to the hospital from the clinic, explaining that people come to the clinic for many different medical needs, and that sometimes hospital transportations are medically necessary.

“We’re not perfect, but we do provide the highest quality of care,” Eisenberg said.

Parson described the interview requests as routine, and said the state’s investigation could not be completed, nor the license renewed, without the remaining five interviews. Planned Parenthood said securing those interviews was beyond its control, since the remaining five doctors are not employees of the organization.

The controversy in Missouri follows several recent laws that have restricted abortion access in U.S. states. Alabama this month enacted a near-total ban on abortions at any stage of pregnancy, and lawmakers in states including Georgia and Louisiana have passed so-called “heartbeat bills,” which ban abortions after a fetal heartbeat is detected, as early as the sixth week of pregnancy. 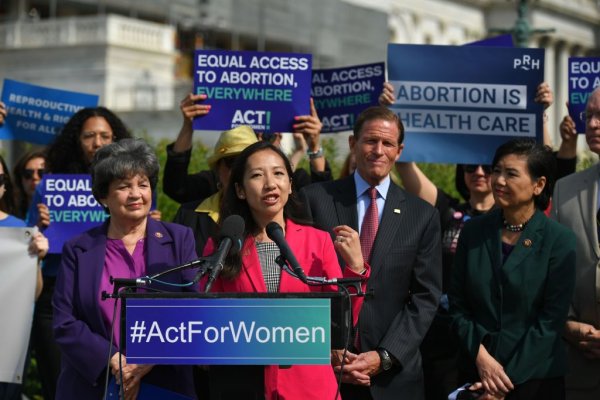