Apple Is Pulling the Plug on iTunes. So What Happens to All Your Music?

Apple is retiring the Mac version of its nearly 20-year-old music listening and library app, the company announced Monday at WWDC, its annual conference for software developers.

With the upcoming version of MacOS, called Catalina, iTunes will be replaced with three separate apps for music, podcasts and shows or movies. While Apple has been trying to push users toward its subscription-based Apple Music streaming service, the company’s iTunes Music Store — where songs can be individually purchased for download — will live on. (iTunes itself will also live on for Windows users, Ars Technica reports.)

While iTunes (and especially the iTunes Music Store) helped change the way we enjoy our favorite music, there will be few tearjerking obituaries for the software. Apple asked too much of iTunes over the years, turning it from a lean-yet-powerful music cataloging app into a slow-loading behemoth tasked with managing your iPod and iPhone, podcasts, ebooks and more. To his credit, Apple software boss Craig Federighi poked fun at all this bloat on stage, joking that iTunes should have a calendar and email, too.

It’s really a blessing that Apple is trifurcating iTunes. But what’s going to happen to all that music you’ve collected over the years? Worry not, Apple says in a press release announcing macOS Catalina: “Users will have access to their entire music library, whether they downloaded the songs, purchased them or ripped them from a CD.” You’ll just have to use that new Music app instead of iTunes.

iPhone management, meanwhile, is finally moving to where it’s really belonged since day one: The macOS Finder. Just plug in your device, and you’ll be able to take care of business directly from your desktop — no iTunes required.

So long, iTunes. And thanks for all the hits. 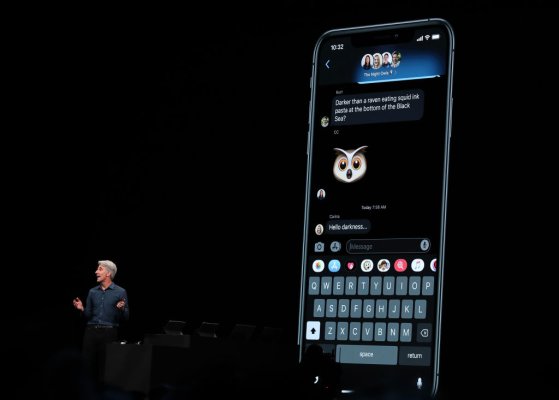 Your iPhone Is Getting a Big Free Upgrade on Thursday. Here's What to Know
Next Up: Editor's Pick