Your iPhone Is Getting a Big Free Upgrade on Thursday. Here's What to Know

Your iPhone is about to get an upgrade — even if you don’t spend big bucks on any of the new iPhone 11 models Apple recently revealed.

The latest version of Apple’s iPhone software, called iOS, is set to be released on Thursday, Sept. 19. While iOS 13 will come pre-installed on Apple’s new iPhone 11, it will also be made available as a free download for other iPhone owners. It’s compatible with the iPhone 6s and newer, Apple says.

Apple has already unveiled a number of the best new features coming alongside iOS 13, and we’ve been trying a beta version as well. Here’s a look at some of our favorite new iPhone features in the iOS 13 update. As always, remember to back up your iPhone before upgrading to the new version, just in case.

Turns out, no one likes looking at an all-white display right before they hit the hay, not even the all-white-everything Apple. That could be why, following the trends set by both third-party app developers and the company’s smartphone competition, it’s adding the eye-friendly Dark Mode to iOS 13.

The iOS 13 update will also make sharing music between your (or your friend’s) devices a cinch. With Audio Sharing, two AirPod-wearing users can listen to the same song at once, meaning you’ll no longer get to look cute when sharing your headphones with your partner, but at least you’ll both get stereo sound. iOS 13 can also hand calls and other audio off to a HomePod, as well as hand off to your iPhone automatically if you leave the house during your chat or listening session.

Apple’s own apps are getting a much-needed refresh

Along with iOS 13’s system-wide changes — including a newly swipe-friendly keyboard — some of Apple’s first-party apps are getting much-needed updates in terms of both usability and functionality. Features like period tracking and activity trends in Health, gallery views and shared folders in Notes, and richer information when viewing locations in Maps will all be new in iOS 13.

Apple’s rebooted Reminders app now supports natural language entry, meaning you can simply type your reminder and when you want to be reminded about it, and the app will automatically understand what you want. You can tag other people in your to-dos as well, getting relevant reminders when you interact with them in a text message, for example.

First, Apple is giving users more control over apps’ collection of their location data, adding the ability for users to share their location on a per-use basis. Apps trying to bypass user-approved location data sharing by using Wi-Fi or Bluetooth will be left high and dry, as Apple’s keeping that info protected.

Second, Apple is creating its own single-sign-on service for iOS 13, called Sign In With Apple. It’s the company’s own version of the social login buttons seen on the web from companies like Facebook and Google. Your personal information stays in your possession and on your device when using this service, Apple software boss Craig Federighi said when unveiling it Monday.

Other privacy-centric changes include the ability to use a randomly generated per-app email address with apps that want to gather your email address and send information to your inbox. Those email addresses can be easily disabled, easily preventing an app from sending you any more emails.

Apple’s new iOS 13 Photos app uses machine learning to ditch duplicate images, blurry photos, and distractions like screenshots or downloaded images when you want to see the best of the best when it comes to your photos. In addition, the app’s editing capabilities have been vastly improved, giving you the option to tweak more elements of your photos, like sharpness or light values when shooting in Portrait Mode.

For mobile videographers, Apple’s new video editing tools allow for some mind-blowing video rotation on the device, meaning your vertical videos can finally be the horizontal masterpieces you truly want them to be.

If you’ve got an iPhone with a front-facing TrueDepth camera, you already know about Memoji, the personalized Animoji you can make and use in apps like FaceTime, Camera, or Messages. With iOS 13, Memoji will be more customizable, with new options like eyeshadow, jewelry, hats, and additional hairstyles. You can also use Memoji as traditional emoji in text, with your Memoji appearing as intended across all supported Apple devices (those with an A9 or newer processor.) 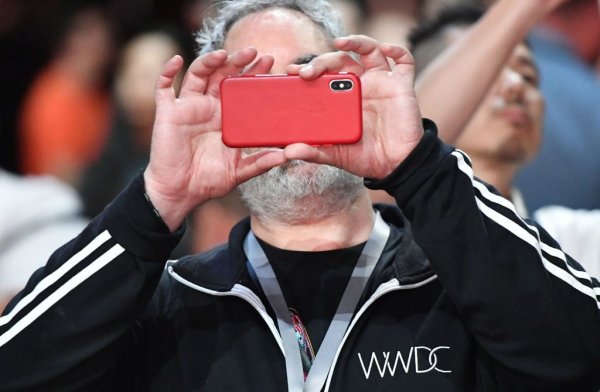 Apple's Biggest Event of the Year Starts Monday. Here's What to Expect
Next Up: Editor's Pick