'I Didn't Know That She Was Nasty.' Trump Responds to Meghan Markle Criticizing His 2016 Presidential Run

President Donald Trump has responded to negative comments that Meghan Markle, Duchess of Sussex, made about him during his 2016 presidential run.

In an interview with the British newspaper The Sun that was published on Saturday, Trump was asked how he felt about Markle calling him “misogynistic” and “divisive” during a 2016 appearance she made on The Nightly Show with Larry Wilmore. The Duchess of Sussex also said that she would consider staying in Canada, where she was filming Suits at the time, if Trump became President.

However, Trump went on to say that he felt Markle was a good addition to the British royal family. “I am sure she will do excellently,” he said. “She will be very good.”

When Trump arrives in the U.K. for his state visit on Monday, he is expected to meet with Queen Elizabeth II as well as Prince William, Duke of Cambridge, his wife, Catherine, Duchess of Cambridge, and Markle’s husband, Prince Harry, Duke of Sussex. 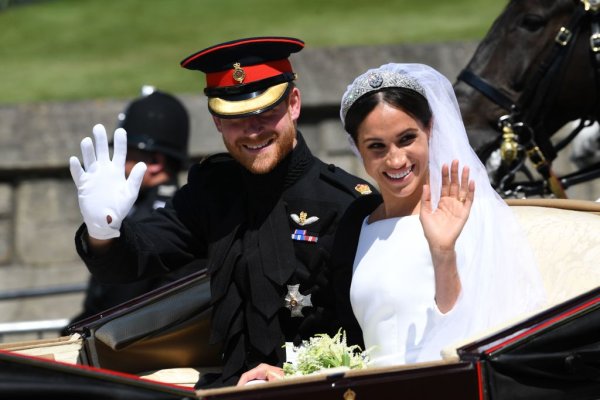 Harry and Meghan Mark 1-Year Anniversary With Photos
Next Up: Editor's Pick