“In an ideal world, no one would ever die,” said John Oliver on Sunday’s Last Week Tonight. “I’m certainly never going to, and, at the risk of sounding too prescriptive, I don‘t think you should either.”

Unfortunately, as he notes, “Death is one of the few things you can’t avoid, like taxes and plugging in a flash drive upside [down]. Statistically it can’t be done.”

Each year around 2.8 million Americans die, and when they pass, doctors typically assign a cause of death. However, if a death seems suspicious or unexpected, they are passed on to death investigators. “A death certificate isn’t like a degree from USC,” said Oliver. “It actually means something.”

Unfortunately autopsies aren’t always performed as professionally as one would hope and Oliver showed the local news clips to prove it. There are antiquated facilities, under-funded departments and severe staff shortages, and in some extraordinary instances, wildly unprofessional medical examiners have taken bodies home where parts are eaten by dogs or played with by children.

Additionally, around 2/3 of autopsies are overseen by coroners who are elected to the position and do not need any special medical training. According to Oliver, that’s why people have called for the abolition of coroners since 1857, in favor of having autopsies performed by forensic examiners with medical training.

However, having paid medical professionals perform death investigations costs money, which many jurisdictions don’t have or won’t spend. According to Oliver, New Jersey’s resources are stretched so thin that he suggests that if you die there to affix a post-it note with the cause of your death to your chest as you go down. The lack of resources also causes delays in the issuance of death certificates, which can have serious consequences for families who desperately need the documentation to collect life insurance. ”It’s not like making someone wait eight years to find out who wins the Game of Thrones,” said Oliver, who guessed that Ed Sheeran wound up on the Iron Throne, because “they really know how to deliver for the fans!”

According to Oliver, remedying the situation by phasing out coroners and properly funding offices to lure actual medical professionals into the jobs would only cost around $3.75 per person per year. “That is less than the amount of money we inadvertently donate” to our couches, Oliver says.

However, he knows that convincing people to fund it is challenging, because it involves two things people hate thinking about: ”death and municipal funding.” To make it more enticing, Oliver recommends thinking about what sort of post-death treatment you would want for a beloved entertainer like Beyoncé or Ted Danson or Glenn Close. Would you want Glenn Close to end up in an “autopsy dungeon” or “having her spleen eaten by a dog?” Oliver asks. “You show my spleen some respect!” says Close, appearing in a momentary cameo.

To add to the chorus of improving death investigations “for Glenn Close and every other person in the country”, Tracy Morgan arrives to make a plea to ensure that no one takes his brain home to play with or takes Glenn Close’s spleen. “Don’t you want to save Glenn Close’s spleen?” he asks. 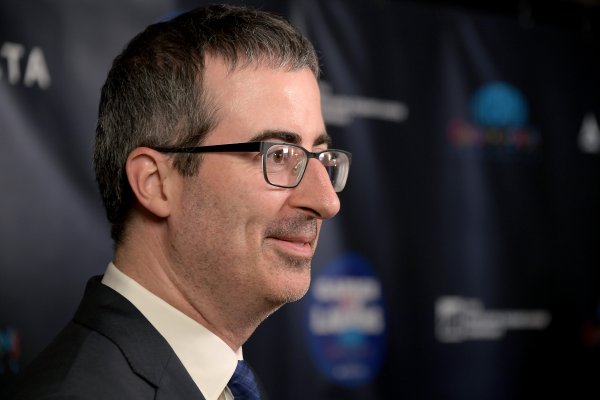