Cersei Lannister’s last scene in the eighth and final season of Game of Thrones ended with the queen dying in the arms of her twin brother and lover Jaime, crushed by the crumbling walls of the Red Keep, as Daenerys, Drogon, and her troops wrecked havoc on King’s Landing.

For Lena Headey, who played the mercurial ruler for entirety of the popular HBO series, however, the relatively tame way Cersei left the Seven Kingdoms in episode five initially gave her “mixed” feelings. In an interview with Entertainment Weekly, she revealed that she “wanted her to have some big piece or fight with somebody.”

After Headey discussed the scene with co-star Nikolaj Coster-Waldau, who plays Jaime, they both agreed that Cersei’s final demise was very fitting.

“The more we talked about it the more it seemed like the perfect end for her,” Headey said. “They came into the world together and now they leave together.”

“I think the important thing is that Jaime had a chance at freedom [with Brienne] and finally liberated himself from Cersei, which I think the audience will be thrilled about,” Headey said. “I think the biggest surprise is he came back for her. Cersei realizes just how she loves him and just how much he loves her. It’s the most authentic connection she’s ever had. Ultimately they belong together.”

In fact, Headey said she found closure in Cersei and Jaime’s moment together before the Red Keep tumbles.

“It’s maybe the first time that Cersei has been at peace.” 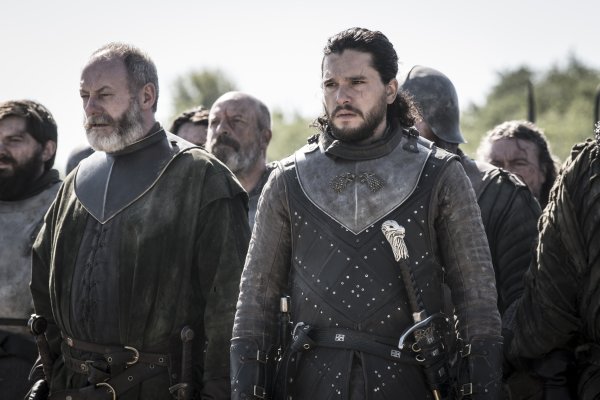 The Hidden Psychology Behind Games of Thrones
Next Up: Editor's Pick