Why Can't Trump Cut a Deal With Chinese Leaders? Because They're Too Much Alike

Donald Trump has wanted to negotiate with the Chinese for years.

In his 2011 book, “Time to Get Tough,” he argued that American politicians were “to put it succinctly, stupid,” and that his experiences working with Chinese executives in real estate would give him an advantage. “I know the Chinese, and understand and respect the Chinese,” he wrote.

But as a Friday deadline passed on China trade talks, it seemed the master negotiator couldn’t yet pull off the art of the deal. And the reasons are the classic mistakes that send deals south: He and Chinese President Xi Jinping misread each other, overplayed their hands and left themselves little room to compromise, at least in the near future.

The failure to reach a deal is not surprising, because while they lead different and competing economic and political systems, Trump and Xi also resemble one another. Both are intent at gathering power in their own hands, leaving themselves the lone decision makers and credit takers.

Xi Jinping saw that Trump undercut his own subordinates — Steven Mnuchin, Wilbur Ross, even Robert Lighthizer, the official whose hardline views are closest to his own instincts — by contradicting them publicly in tweets and offhand remarks to the press.

Watching the President’s mercurial behavior and fondness for creating chaos and craving the spotlight, the Chinese leader concluded that the best way to close a deal was by dealing directly with Trump. But when he saw the second meeting between the American leader and North Korea’s Kim Jong-Un founder, Xi changed his mind, leaving the negotiations to Vice Premier Liu He, a reform-minded economist, and his team.

Despite all the public optimism, Liu and Lighthizer never nailed down some of the essential details of a possible deal. Would all tariffs be reduced, or just some of them, and if so, at what rate? Over three years or five? Would some, for example the Chinese levy on U.S. agricultural products, simply be replaced by others, like children switching horses in mid-ride on a carousel? What would the deal to increase trust on both sides?

On one point, at least, China and the U.S. agreed: Neither wants nor trusts third-party arbitration.

Xi made one more try at the personal approach, writing Trump a “beautiful letter,” but it was no more successful that Kim’s love letters, at least for now.

Both Trump and Xi also think their own country’s economic strength will force the other to bend, and Xi underestimated Trump’s affection for tariffs and his belief that America’s farmers will stick with him even if China retaliates against the U.S. agriculture sector.

Trump, in turn, was surprised and angered when China suddenly balked at revising its laws on intellectual property, financial services and other issues, instead agreeing to a series of administrative actions, even though trade experts inside and outside the government said that was a typical Chinese negotiating tactic they had expected.

Still, when word spread, the hurdle was widely interpreted as a sign that a deal that opened China to more American soybeans but also still open to obtaining more U.S. technology, data, and other key elements of a 21st-century economy would be a weak one.

Trump’s reaction was predictable: He threatened to raise the tariffs on $200 billion worth of imports from China to 25%, a move that would hit hard at American companies whose supply chains are almost entirely in China. That will boost the tariff on Chinese-made products such as shoes and apparel to nearly half the products’ value, according to an April 22 report in DCVelocity, a trade publication. Trump then waved a threat to tax another $325 billion worth of Chinese imports in Xi’s face.

China, in turn, responded predictably, but less vocally, confining its threat of countervailing tariffs and vow not to make concessions to an official newspaper’s blog.

Xi made one more try at the personal approach, writing Trump a “beautiful letter,” but whether it is more successful that Kim’s love letters remains to be seen.

Trump thinks China’s economy is facing a downturn and Beijing will bend in order to preserve its access to the U.S. market. Lighthizer thinks higher tariffs will help accomplish one of his main objectives — forcing U.S. importers to move their supply chains out of China to Vietnam, Cambodia, India, and other low-cost manufacturers, as some already have begun doing.

Based on their experience with Trump’s steel and aluminum tariffs and 10 percent duties on other goods, the Chinese think time is on their side and they can manage lower margins and diversify their export markets, as Beijing already is doing with its Belt-and-Road initiative and its promotion of 5G internet technology with discounts as large as 90 percent, according to U.S. officials.

While both sides stay at or return to the table? Trump and Xi are scheduled to meet on the margins of the G20 economic summit in Osaka June 28-29, but if there is no deal in hand by then, U.S. officials say Vice President Mike Pence may go to Japan instead. His staff is already on standby.

Has the failure to reach a deal by Trump’s deadline signaled deteriorating relations, not just between two countries and their leader’s ambitions, but between two politico-economic systems? Will it spill over into other major issues such as North Korea, Taiwan, and freedom of navigation in the thawing Arctic and the contested South China Sea?

The only people who know what will happen next are Trump and Xi, and even they may not have a clue. 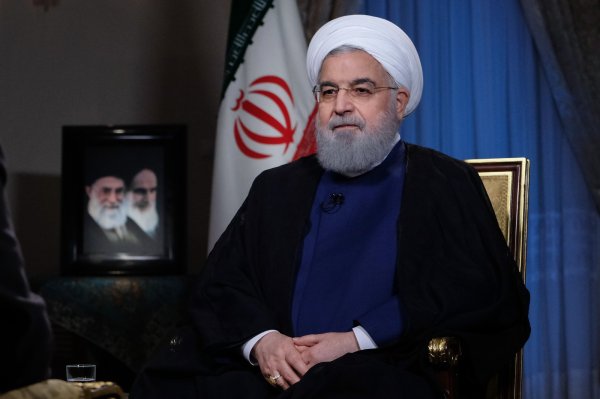 U.S., Iran on Collision Course a Year After End of Deal
Next Up: Editor's Pick