The vice president of Venezuela’s opposition-run parliament was arrested by secret police in Caracas on Wednesday, the first arrest in an apparent crackdown on opposition leaders involved in a failed revolt against Nicolás Maduro last week.

Edgar Zambrano reportedly refused to get out of his car when it was approached by intelligence agents. The car was towed, with him inside, to Caracas’ notorious El Helicoide prison, the Guardian reports.

Zambrano was reportedly on the scene when opposition leader Juan Guaidó, who declared himself the interim president of Venezuela in January, called on the military to revolt against Maduro. Mass protests ensued with supporters from both sides taking to the streets, but a large scale military defection failed to materialize.

“Edgar Zambrano has been detained. He was one of the main [leaders] of the coup,” Maduro’s second-in-command, Diosdado Cabello, said on television, according to the Guardian.

Guaidó said on Twitter that Zombrano had been “kidnapped.”

At least 10 National Assembly officials are facing prosecution for crimes ranging from treason to civil rebellion for participating in the uprising, reports the Guardian.

Venezuela has been locked in a political standoff since Guaidó, head of the National Assembly, declared himself the country’s interim president after Maduro, who was first elected President in 2013, was re-elected in 2018 in what many believe to be a sham election.

The U.S. and several other countries have recognized Guaidó as the legitimate leader of Venezuela. 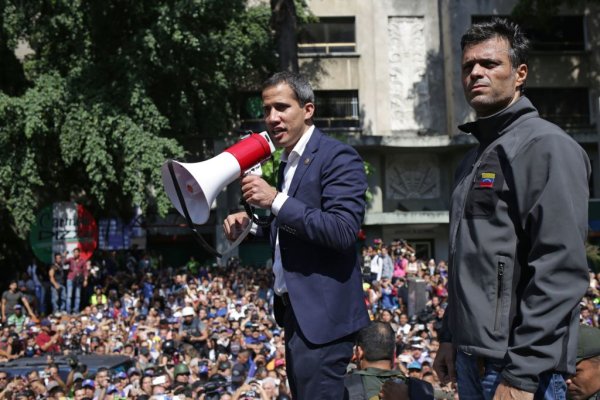 The Quick Read About Venezuela’s Revolution
Next Up: Editor's Pick