“Peter Mayhew was a kind and gentle man, possessed of great dignity and noble character,” Ford said in a statement to The Hollywood Reporter.

The 7-foot-3 actor played Chewbacca, the loyal sidekick to Han Solo, who was played by Ford. The famous Wookiee, who starred in five Star Wars films, including the original trilogy, died at his Texas home on Tuesday at the age of 74.

“We were partners in film and friends in life for over 30 years and I loved him. He invested his soul in the character and brought great pleasure to the Star Wars audience,” Ford said about his co-star, according to The Hollywood Reporter.

“Chewbacca was an important part of the success of the films we made together. He knew how important the fans of the franchise were to its continued success and he was devoted to them. I and millions of others will never forget Peter and what he gave us all,” Ford said. 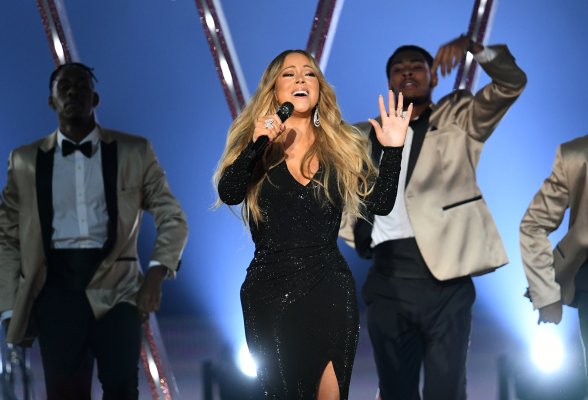 Mariah Carey Throwing Her Used Tissue on Stage While Accepting an Award Is Peak Mariah
Next Up: Editor's Pick