“See if you can feel what wants to come up and through you,” she tells a group of actors during a class in L.A., with Oh among the students. These movement-centric acting exercises — which you can watch for yourself in the video above — are really something to see.

Gillingham first learned the technique of acting through your dreams by using your own subconscious to inform your character with legendary acting coach Sandra Seacat. “I felt like the roof came off of me,” she tells TIME about learning the dream analysis technique.

Since Oh began studying with Gillingham more than a decade ago, the method has informed her acting, through ten seasons as Christina Yang on Grey’s Anatomy to her titular role in the BBC’s Killing Eve: both of which earned her Golden Globe awards. The latter role also made her the first Asian woman nominated for a Best Actress Emmy award.

Oh paid tribute to her acting coach during her Screen Actors Guild award acceptance speech for Killing Eve in January. “I’d like to thank my mentor Kim Gillingham and all of the fellow creative dreamers,” she said. “I am not the actor I am without the work that we share.”

The art Oh creates is more than just a job, she explains during her TIME 100 cover shoot. It’s her “religion.” Thinking of her work in this way has taught her that it’s not something you can start and stop with the flip of a switch. “That’s how I’ve learned to also open up creativity in a way where it’s a constant peeling of the onion,” she says.

Photograph by Pari Dukovic for TIME

“It’s incredibly exciting,” Gillingham says of watching Oh’s work in action. “Each time I see it, I feel like we’re making a little breath, a dent in the idea of what it has to be, and bringing through the humanity.”

But this is hard work, Oh says. It’s people like Gillingham who make her the actor she is. “Anyone who is a professional artist, you know how much work it takes,” she says. “It doesn’t just come. You need to find support and inspiration.” The coach says society needs the hard work of creatives like Oh.

“The fate of the world rests in our leaders and the artists that will make the material that will inform the culture,” she says.

During her toast at the 2019 TIME 100 Gala, Oh echoed this sentiment, saying that art can bring people closer to each other. “I truly believe art evolves our hearts and our minds, because it allows us to experience and understand another sorrow,” she told the room of honorees. “It reminds us of universal truths. It connects us.” 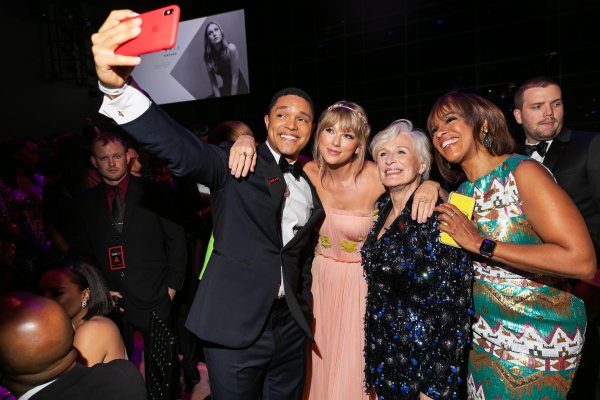