Authorities praised one of the victims killed at the University of North Carolina Charlotte as a hero for “taking the fight” to the gunman who opened fire on campus Tuesday night.

“He took the fight to the assailant. Unfortunately he had to give his life to do so, but he saved lives doing so,” Putney said, adding, “He did exactly what we train people to do.”

He noted that the gunman had “quite a bit of ammo.”

When the gunman attacked the school’s Kennedy building, Howell lunged at the shooter and “took the assailant off his feet.” Soon after, UNC Charlotte police officers Sgt. Richard Gundacker and Lt. Sarah Smyre rushed into the classroom were able to disarm the assailant, Putney said.

Howell, along with classmate Ellis Parker, 19, were killed. Four others were wounded in the shooting: Sean Dehart, 20; Drew Pescaro, 19; and Emily Houpt, 23; all from North Carolina, and Rami Alramadhan, 20, of Saudi Arabia.

Howell’s family described the North Carolina native as a strong athlete and a good friend in a statement to WCCB Charlotte.

“He was everyone’s protector, always standing up for what he believed in and lending a strong back to those in need,” the statement said. The family thanked people for their support and said that to the family, Howell has been a “hero for a long time and now they share him with so many others.”

At the press conference, Putney said he was not ready to comment on the gunman’s motive, but that he had specifically targeted the Kennedy building.

UNC Charlotte Chancellor Philip Dubois said that while exams will resume next week, professors will have “maximum flexibility” to determine whether to hold exams, and whether particular students are emotionally prepared to sit for exams.

Dubois said that the university will still hold its graduation on May 10 and 11 as scheduled, and that students’ completion of coursework won’t factor into their ability to walk. 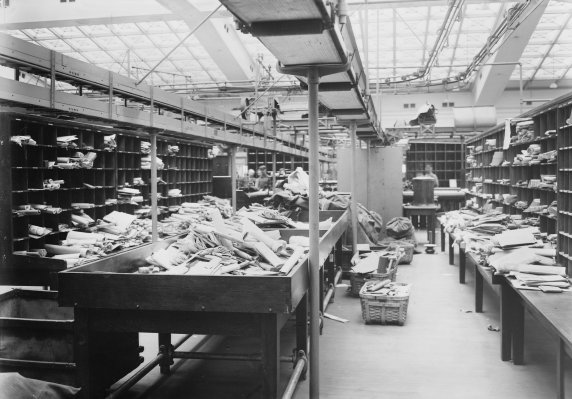 A Century Ago, May Day Brought Anarchist Bombs to Mailboxes—And Helped Transform American Politics
Next Up: Editor's Pick