Before tragedy struck at the Chabad of Poway synagogue in Southern California, leaders of the congregation feared an attack was coming—but they had no money to increase security.

By the time a gunman stormed the house of worship late Saturday morning, killing one person and injuring three others, it was too late.

“We never thought in America it would succumb to this,” Rabbi Yisroel Goldstein, who was wounded in the rampage, told TIME on Monday.

Goldstein, 57, lost his index finger after a 19-year-old alleged gunman, wearing sunglasses, shot him in the right hand in the synagogue’s lobby, moments after the suspect killed a 60-year-old worshipper, Lori Kaye. Authorities identified the suspected shooter as John Earnest, a student at California State University San Marcos.

The attack came six months after 11 people were fatally shot and seven others were wounded at the Tree of Life synagogue in Pittsburgh. The massacre last October, which authorities called a hate crime, rocked religious institutions across the country, including Chabad of Poway.

“All houses of worship felt very vulnerable,” Goldstein said, adding that he “absolutely” felt fearful of a similar attack. The rabbi wanted to hire armed security guards, but he said the synagogue did not have enough money to pay for them due to a “dwindling” congregation.

“Most of our elderly members are dying out. The younger members are not joining, so financially we don’t have a budget to pay for security guards,” he said. “If funds were made available for houses of worship, that could have made a difference.”

Instead, the synagogue relied on armed volunteers to occasionally sit in the lobby, according to Goldstein. But as time went on, Goldstein said he felt an attack was less likely and it was less urgent to secure armed volunteers. “It’s been six months and nothing happened,” he recalled himself thinking before Saturday’s attack. “You start getting complacent.”

There were no armed volunteers positioned in the lobby Saturday when a gunman barged in, as about 75 congregants waited for services to begin on the last day of Passover.

“I looked right at him and he looked right at me,” Goldstein said. “After the first shots rang, I turned around to see what is going on and that’s when I saw the most frightening sight in my life—an active shooter in the lobby.”

Along with Goldstein, an 8-year-old girl and her 34-year-old uncle were wounded but survived. They were both released from the hospital on Sunday.

Despite multiple media reports that said Kaye died jumping in front of Goldstein, the rabbi clarified in an interview with TIME on Monday that she did not. But while she may not have shielded him from bullets, Goldstein said she was heroic in her life and in her death.

“Lori took the bullet for all of us,” Goldstein said at an earlier news conference. “She didn’t deserve to die.”

Lori Kaye, 60, is pictured here with her daughter and husband.
Photo courtesy of Yisroel Goldstein

The rabbi told TIME he and his wife were best friends with Kaye and her husband, Howard Kaye—a doctor who was also at the synagogue Saturday and fainted when he reached his bleeding wife.

Kaye was remembered Monday as one of the first volunteers at the synagogue who “jumped up when anything needed to be done.” When a young woman she knew was diagnosed with breast cancer, Kaye “became her caretaker,” drove her to all of her doctor’s appointments and made sure she had all of her medication, according to Goldstein.

“She has helped so many people though so many difficult times,” Goldstein said. “She always showed up at your doorsteps with a bouquet of flowers. She was a kind, giving, angelic soul.”

Goldstein also said Kaye may have saved her husband’s life just by entering it. “Lori was the highlight of his life and now it’s been sucked away from him,” Goldstein said.

As Kaye was set to be buried Monday, a GoFundMe page has raised more than $100,000 to help the victims and the synagogue.

The suspected shooter is in custody and faces murder and attempted murder charges, according to police. Authorities said they believe he acted alone. He had no prior contact with law enforcement before Saturday.

In a statement Monday, the suspect’s parents said their son “is now part of the history of evil that has been perpetrated on Jewish people for centuries,” according to the Associated Press.

“How our son was attracted to such darkness is a terrifying mystery to us,” the statement said.

Days after the shooting, Goldstein said it’s more important than ever to repel such hate with love and the acts of kindness that Kaye demonstrated her whole life.

“We need to push away the darkness that’s out there with light,” he said. 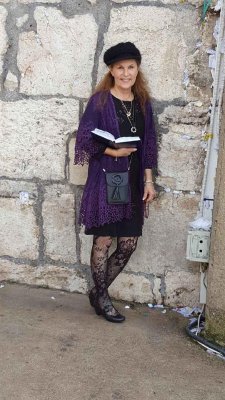 'The Example of Kindness to the Fullest Extent.' Friends and Loved Ones Mourn Synagogue Shooting Victim
Next Up: Editor's Pick