Zendaya‘s no stranger to knowing what it takes to really stand out on the Met Gala red carpet, an impressive feat when you consider that the Metropolitan Museum of Art’s annual Costume Institute Benefit is widely known as “fashion’s biggest night.” In the past, the actress has been spotted in a chain mail, Joan of Arc-inspired gown and a voluminous yellow Dolce & Gabbana gown that was so show-stopping that it earned the approval of ultimate Met Gala doyenne, Rihanna.

This year, however, Zendaya upped the ante by really leaning into the night’s theme, “Camp: Notes on Fashion.” The theme, which was inspired by Susan Sontag’s iconic 1964 essay: Notes on “Camp”, was an open challenge for the night’s celebrity guests to show up in their most quirky and outrageous looks and Zendaya did not disappoint. Sporting a glowing, Cinderella-esque gown designed by Tommy Hilfiger, and accompanied by a charming companion, her stylist Law Roach, she not only embodied the event’s theme with vim, she effectively commanded plenty of the attention on the red carpet. She did actual magic tricks. With the wave of a wand, her dress transformed. She even left a glass slipper. 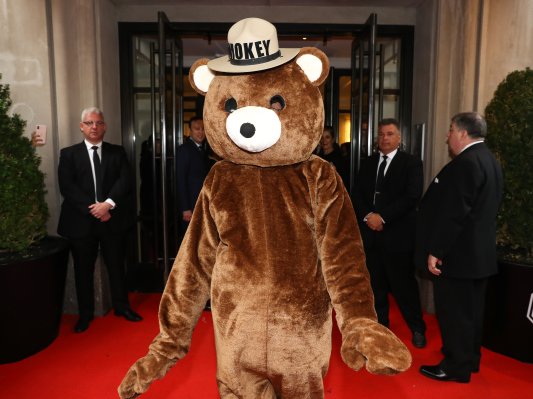 Smokey the Bear Was a 2019 Met Gala Surprise Sideshow Star
Next Up: Editor's Pick