Taylor Swift may be one of TIME’s 100 most influential people in the world — but the singer-songwriter herself also has plenty to say about what influences her. In an exclusive video for TIME, Swift explained three things that shape the way she thinks, from a social network that she adores to the iconic rock star she admires and the animals who bring her joy.

First up in her influences: the social media platform Tumblr. “I go on Tumblr and it’s like a window into what my fans are going through,” Swift says. “They post about what they think is cool, what they think is unjust or problematic.” Swift has long been known by her followers to hang around on Tumblr; eagle-eyed fans notice everything she likes on the platform and interpret her activity as hints about her work. But this pronouncement confirms it.

Next is a rock star who is also a role model to her. “I look at Paul McCartney and I see how he’s had just this amazing career—he’s created unparalleled art,” Swift says of the former Beatle, who just released his latest album, Egypt Station, last year at age 76. “He’s always been known to be kind to people, respectful and also really selfless as a performer.”

Finally, anyone who’s followed Swift more than casually will know that she’s a feline fanatic. “I have cats. I’m obsessed with them. I love my cats so much that when a role came up in a movie called Cats, I just thought, like, I gotta do this,” she says of her decision to join the cast of the upcoming live-action film adaptation of the classic play. “Like, this is my calling in life to do this—for the ladies.” (On set, there was even a “cats school” to help actors get in animal character.) As for what she appreciates about cats? “They’re very dignified. They’re independent. They’re very capable of dealing with their own life.” Sounds like the kind of influence we can all look up to.

Swift is expected to release a new project on Friday, after teasing a new era on social media for the past few months. 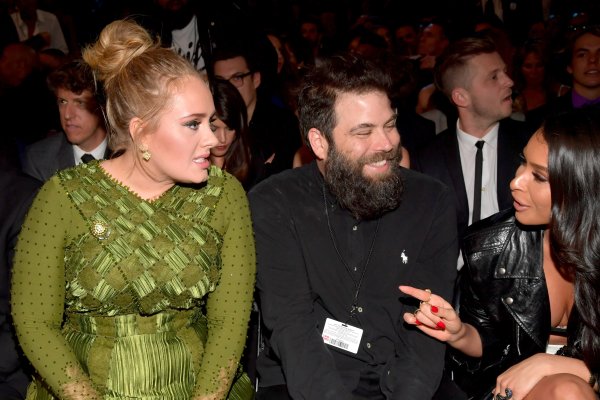 Adele Announces Split With Her Husband
Next Up: Editor's Pick