Just try not to dance along to “Before I Let Go,” the new song on Beyoncé’s surprise album, Homecoming: The Live Album, which dropped on Wednesday. Beyoncé fans were ready for the star to drop her Netflix documentary, Homecoming, on Wednesday, but an accompanying surprise album of last year’s iconic Coachella performance? The Beyhive wasn’t ready.

On “Before I Let Go,” a studio-recorded piece that uses the same marching band accompaniment found on the rest of the live album, Beyoncé’s legendary tone is backed by trumpets and a drum beat that makes it rather difficult to not bop to the rhythm.

“Before I Let Go” is actually a cover of a 1981 single by Maze and Frankie Beverly. The groovy, up-tempo R&B and soul love song is also the backdrop for the closing credits of Homecoming, which is now available for streaming on Netflix.

It’s also not the first time the star has sung the Maze and Frankie Beverly song. Destiny’s Child once covered the song in an unreleased recording, Variety reports.

Listen to the full recording, and the rest of the 40-song live album, here. 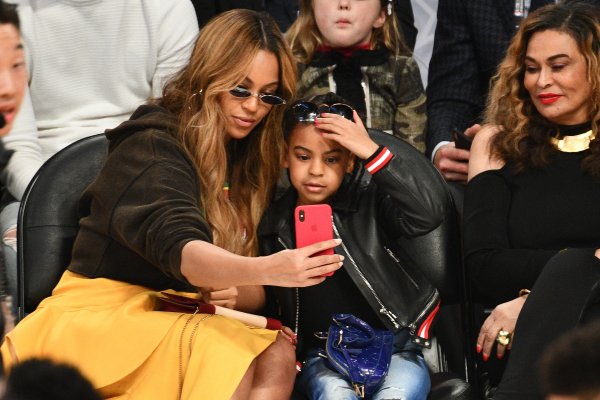 People Are So Floored By Blue Ivy's Singing on Beyonce's Surprise Album Homecoming They're Joining the Ivy League
Next Up: Editor's Pick