Is Ghee Healthy? Here's What the Science Says

Ghee is a type of clarified butter used in the cuisines of India and the Middle East. Traditionally, it’s made by gently heating cow’s-milk butter until its water content evaporates and its milk solids can be skimmed and strained away, leaving behind only the liquid fat.

“Clarified butter is very similar [to ghee], but it’s sometimes made using high heat, whereas ghee is simmered at 100 degrees or less,” says Chandradhar Dwivedi, a distinguished professor emeritus of pharmacology at South Dakota State University.

While ghee takes longer to make than some other types of clarified butter, it retains more vitamins and nutrients thanks to its low-heat preparation, he says. Specifically, ghee is a source of vitamin E, vitamin A, antioxidants and other organic compounds, many of which would be broken down or destroyed if boiled at higher temps, he explains.

Ghee is also a component of Ayurveda, a roughly 6,000-year-old form of complementary medicine that is still widely practiced in India and elsewhere. “Ghee is used as a vehicle for herbal medication,” Dwivedi explains. “The thought process was that ghee is sacred, and when given with medicine, you get both the medical benefit and a spiritual benefit.”

Setting aside the spiritual aspects, Dwivedi says modern science shows that eating fat-rich foods like ghee can increase the “bioavailability” and absorption of some healthy vitamins and minerals. By cooking or eating vegetables or other healthy foods along with ghee, your body may have access to more of their nutrients, he says. Ghee also tastes good, he adds, and so it can make some healthy but unappetizing foods more palatable.

But is ghee itself healthy?

Well, it’s a type of fat. And until recently, dietary fats had a universally bad reputation. Fat is a calorie-dense macronutrient, so eating all types of fatty foods was thought to promote weight gain and obesity. Ghee and other types of butter are also high in saturated fat, which was long associated with heart disease.

But the thinking on fat has shifted. Far from promoting obesity, many forms of dietary fat—foods like olive oil and avocado—are now considered hunger-satisfying additions to a healthy diet. While experts still disagree about saturated fat, some no longer consider it to be an obvious health risk.

“The more research I’ve done, the more total saturated fat seems relatively neutral—neither good or bad for your heart,” says Dariush Mozaffarian, a cardiologist and professor of nutrition at Tufts University. “Dairy fat, for example, doesn’t seem to be linked to heart disease or diabetes, and even seems to be protective against diabetes,” he adds.

This viewpoint is in line with some recent studies tying the consumption of some saturated-fat-rich foods to health benefits. Also, a 2016 review on butter found “relatively small or neutral” links between its consumption and heart disease or diabetes.

“There was concern that consuming saturated fatty acids was not good for you and that it could increase the risk of coronary artery disease,” Dwivedi says. “So people were very concerned and [were avoiding] saturated fat, including ghee.”

In an effort to understand the heart-health risks of ghee, Dwivedi conducted several studies on rats. (While animal research doesn’t necessarily translate to people, Dwivedi’s work is some of the only published research looking specifically at ghee.) Among healthy animals, he found that packing their diets with up to 10% ghee did not lead to elevated levels of harmful cholesterol or other markers of heart disease. On the other hand, when examining a species of inbred rat with a genetic predisposition for various disease, eating a ghee-heavy diet increased their blood’s levels of unhealthy cholesterol and triglycerides.

“In nutritional research, rats tend to be a good experimental model for humans,” he says. “Our findings suggest that consuming ghee up to 10% of the diet will not increase the risk of heart diseases, but for those predisposed because of family or genetic factors, 10% may be harmful.”

There’s not much hard evidence to suggest that ghee is healthier than other forms of butter. “Claims of special health-giving properties of ghee are unsubstantiated,” says Dr. Rosalind Coleman, a professor of nutrition at the University of North Carolina Gillings School of Global Public Health.

Coleman says that ghee, which does not include milk solids, may be easier to digest for adults who are lactose intolerant. Ghee also has a higher smoke point than plain butter, which may make it healthier for cooking, she says. But the same is true of clarified butter. “The actual kinds of fats are the same in butter and ghee, so moderate use of both would be recommended,” she adds.

All this suggests that if you’re healthy and looking to add more fat to your diet, ghee may be a fine option. But there’s not strong evidence to suggest that ghee is a “superfood” that should replace other cooking fats in your diet. 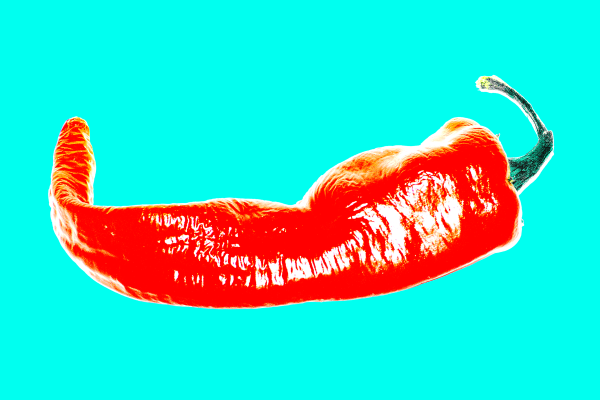 Why Spicy Food Makes Your Nose Run—and Why It's Great for You
Next Up: Editor's Pick