The final scene of Game of Thrones‘ season 8 premiere saw Jaime Lannister return to Winterfell for the first time since he pushed Bran Stark out of a tower window in the series’ first episode. Bran, who was paralyzed from the fall, was sitting in the Winterfell courtyard when Jaime arrived, a reunion that may have been foreshadowed by Bran telling Sam that he was “waiting for an old friend.”

However, some fans are speculating that Bran’s comment may have been a reference to someone else who is on their way back to Winterfell: Theon Greyjoy. As pointed out by Vanity Fair, in the season 8 trailer, Bran can be heard telling someone, “Everything you did brought you to where you are now. Where you belong. Home.”

It’s no secret that Bran and Theon have a fraught relationship. After seizing control of Winterfell from Bran in season 2, Theon proceeded to horrifically behead Ser Rodrik, the Starks’ beloved Master-at-Arms, in front of him. He then murdered two farmer’s boys and burned their bodies beyond recognition to disguise them as Bran and Rickon following their escape with Osha. Theon’s whole life went downhill shortly after that with the whole Reek business, but he has recently been on somewhat of a redemption tour.

Since Bran is now basically all-seeing as the Three-Eyed Raven, if Theon does turn out to be the one he says that to, it could mean that Theon’s decision to return to Winterfell will allow him to finally to complete his redemption arc. And considering how Game of Thrones deals in poetic justice, it seems likely that Theon will do so by sacrificing himself to save one of the Starks, perhaps even Bran himself.

This idea also seemed to be foreshadowed by the conversation Theon had with Jon in the season 7 finale in which Jon told him that he didn’t need to choose between his two families because he is both a Greyjoy and a Stark.

What is dead may never die. 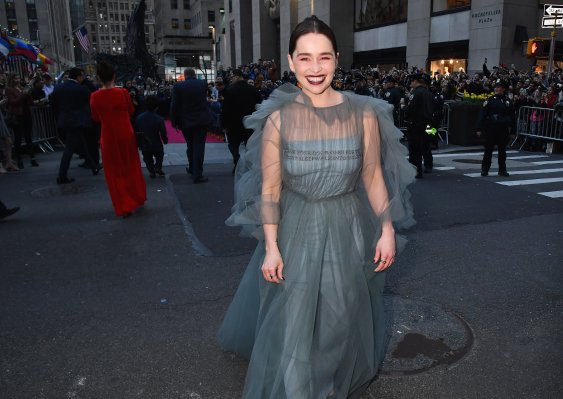 Emilia Clarke's Snuggly Behind the Scenes Photo Will Give You All the Feelings
Next Up: Editor's Pick