Ahead of the April 14 premiere of the eighth and final season of Game of Thrones, the internet can’t get enough of a dramatic new poster for the HBO fantasy show. In the poster, the show’s star characters — from Jon Snow to Daenerys Targaryen to Arya Stark — are all arranged in the snow, half-submerged and unconscious, harkening back to the series’s first episode. Together, their bodies make up the shape of a giant Iron Throne, a symbol of power and the ongoing supposed end goal of the titular “Game of Thrones.”

For commenters on Reddit, there’s plenty to read into the arrangement of the characters. Some believe their placement could be taken as a hint as to who lives and who dies in the new season — after all, we know to expect surprising deaths, as usual.

In particular, people seem to believe that the characters on the left side of the poster — which the internet collectively speculates depicts Grey Worm, Sam, The Hound, Melisandre, Jaime Lannister, Arya and Jon — may be the ultimate survivors. Meanwhile, those on the right — including Daenerys, the Night King, Cersei Lannister, potentially Podrick, Varys, potentially The Mountain and Davos — may not be long for Westeros. (Also pictured: Brienne of Tarth, Tyrion Lannister, Sansa Stark, Missandei and Euron. It appears.) Bran Stark is pretty much dead center, if you buy these new theories, would leave his fate as the Three Eyed Raven up in the air.

Of course, it might just be a random arrangement of cast members set up to take a promotional shot. But just try telling that to eager Thrones fans. Just 11 more days now. 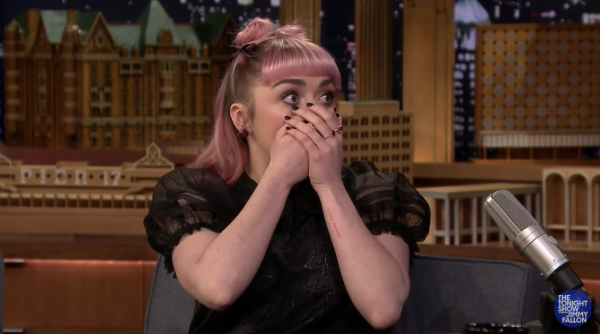 Maisie Williams Pulled a Distressing Prank on 'Thrones' Fans
Next Up: Editor's Pick