How a Scottish Woman Endured Burns, Broken Bones, Childbirth and Surgeries Without Ever Feeling Pain

A newly discovered genetic mutation caused a Scottish woman to endure cuts, burns, broken bones, childbirth and surgery without feeling any pain, according to a case study published in the British Journal of Anaesthesia.

About five years ago, Joanne Cameron, now 71, had what should have been a painful hand surgery at Scotland’s Raigmore Hospital, says Dr. Devjit Srivastava, a consultant in anesthesia and pain medicine at the hospital.

“She mentioned that she does not feel pain and she did not need any anesthesia, which was not a usual day in the office for me,” Srivastava tells TIME. “I disregarded her, actually. I couldn’t believe her.”

Srivastava gave Cameron anesthesia as usual, but decided to check in with her after the operation. When he did, he found that she reported no pain, and didn’t take any painkillers beyond an over-the-counter drug recommended by her doctors.

In talking to her further, Srivastava learned that Cameron also hadn’t experienced pain from a previous arthritis diagnosis or a hip replacement surgery. When giving birth to her two children, she told Srivastava, she experienced only “a bit of uncomfortableness.” In some cases, she didn’t even notice injuries — she reported “often smelling her burning flesh before noticing any [burn] injury,” according to the case study, and remembered breaking her arm as a child and not noticing until her mother caught sight of it.

Perplexed, “I felt it was a responsibility that I shouldn’t let her go without investigating,” Srivastava says.

He referred her to pain genetics experts at the University College London and the University of Oxford, who completed genetic sequencing on her as well as her mother and two children, according to the case study. They found that Cameron had a handful of genetic mutations, including one on the chromosome that codes for an enzyme called FAAH. Cameron’s FAAH gene was making a modified type of the enzyme, which had been shown in previous research to lessen pain perception.

From there, doctors uncovered another genetic mutation near the FAAH gene. And through blood tests, they confirmed that her genetic defect was “translating into a biochemical defect which increases a brain chemical, due to which she does not feel pain, she is forgetful and she is incredibly happy,” Srivastava explains.

The discovery highlights the delicate role of pain in the body, Srivastava adds.

Some pain is a good thing, as it serves as a warning sign when something is amiss, he says. (Even without such warning signs, Cameron is today in “absolutely good health,” Srivastava says.) But at the same time, millions of people — including more than 50 million in the U.S. alone — suffer from chronic pain, which can significantly hamper quality of life, lead to reliance on addictive painkillers such as opioids and even change the way the brain works.

Cameron’s case may someday lead to a breakthrough for these people, Srivastava says. He hopes that, if researchers can identify the molecular pathways behind Cameron’s pain tolerance, they can someday use that information to develop new pain relief therapies — ideally that come with fewer risks than opioids.

That reality is a long way off — research is only at the conceptual stages for now, Srivastava says — but he says it’s not impossible to imagine.

“When pain lingers on for months or years, it serves no useful purpose,” he says. “We are trying to [target] those millions of patients and provide help to them.” 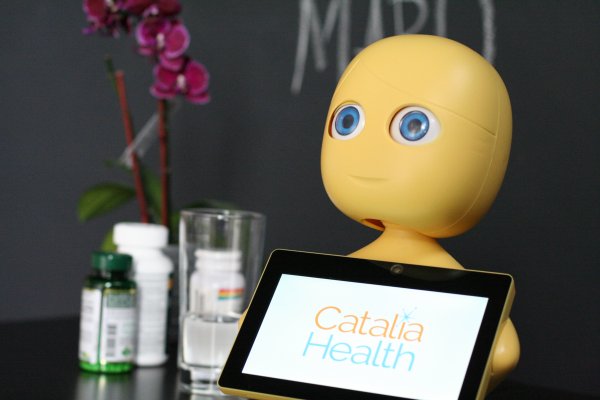 Machines Treating Patients? It's Already Happening
Next Up: Editor's Pick