Monica Lewinsky has some opinions on the difference between the way Special Counsel Robert Mueller’s report was handled and how Ken Starr handled his.

Lewinsky, whose affair with then-President Bill Clinton while she was a White House intern helped lead to Clinton’s impeachment proceedings, has spent decades fighting to defend herself to the public. On Wednesday, the anti-bullying activist shared a tweet from a University of Southern California law professor who compared the actions of Starr, the independent counsel who investigated Clinton’s alleged affair with Lewinsky, with those of Mueller.

“Imagine if the Starr Report had been provided only to President Clinton’s Attorney General, Janet Reno, who then read it privately and published a 4-page letter based on her private reading stating her conclusion that President Clinton committed no crimes,” Orin Kerr’s tweet read.

Lewinsky’s colorful response says a lot more than the three words she used.

Lewinsky’s fame came in no small part because Starr shared his investigative report in full with the public in 1998 – on the internet, no less — despite salacious details of Lewinsky’s affair with Clinton.

The wide readership of Starr’s report led Lewinsky to become the punchline of jokes on television, the subject of scrutiny on broadcast news and print media and a common topic of conversation among the American public.

Last week when Mueller completed his investigation into Russian interference in the 2016 election and possible obstruction of justice by President Donald Trump, he delivered the report only to Attorney General William Barr. Barr then outlined Mueller’s findings in a four-page letter to Congress stating that there was insufficient evidence to pursue criminal charges against the President.

Though Lewinsky suggests her life would have been very different if the Starr report had been handled the same way Mueller’s report was, many Democrats are pushing for Muller’s investigation to be released in full. Democrats across six House committees have demanded that the full report be shared with Congress before April 2 and senators including Elizabeth Warren have taken to social media to demand the report be shared with the country. 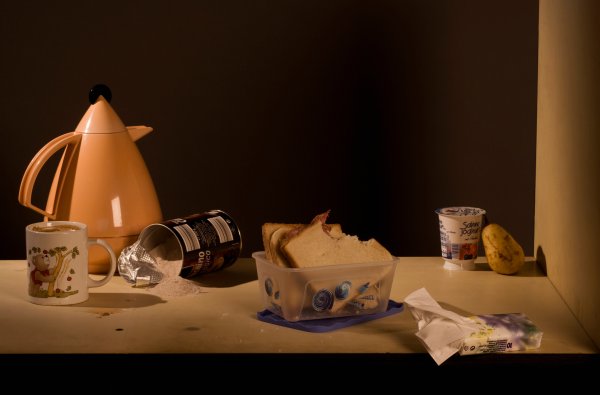 Man's Response to Wife Who Wants Him to Stop Leaving Garbage Around Is a Work of Art
Next Up: Editor's Pick