Former Vice President Joe Biden — who oversaw the 1991 confirmation hearings for Supreme Court Justice Clarence Thomas as chairman of the Senate Judiciary Committee — said Tuesday that he wished he “could have done something” to give Anita Hill the “hearing she deserved” when she testified that she had been sexually harassed by Thomas.

Biden, who has teased a possible 2020 run for President, led the committee of 14 white men who conducted the hearing and questioned Hill. Even at the time, he faced criticism from women’s groups who said he did not take Hill’s claims seriously enough. During the hearing, Biden asked Hill to “tell the committee what was the most embarrassing of all the incidents that you have alleged,” and he did not permit other women to testify as witnesses in support of Hill’s testimony.

Biden’s role in the hearings has drawn more criticism in recent years, as conversations around sexual harassment change in the #MeToo era and as Christine Blasey Ford’s testimony about Supreme Court nominee Brett Kavanaugh became a modern parallel to Hill and Thomas. Both Kavanaugh and Thomas have denied the allegations against them.

“She faced a committee that didn’t fully understand what the hell this was all about. To this day, I regret I couldn’t come up with a way to get her the kind of hearing she deserved,” Biden said Tuesday, describing Hill’s testimony as an “act of courage” while speaking at the Courage Awards, hosted by the Biden Foundation and It’s On Us, an organization aimed at stopping sexual assault.

After Hill’s high-profile testimony, Thomas was confirmed by a vote of 52 to 48, largely along party lines. Biden was among 46 Democrats and two Republicans who voted against his confirmation.

“We knew a lot less about the extent of harassment back then, over 30 years ago,” Biden said. “But she paid a terrible price. She was abused through the hearing. She was taken advantage of. Her reputation was attacked. I wish I could have done something.”

Biden has made similar comments expressing regret over his role in the hearings in recent years, telling Teen Vogue in 2017 that, “I wish I had been able to do more for Anita Hill. I owe her an apology.” Biden said Tuesday that he has apologized to Hill — who said as recently as September that she had not received an apology.

“It’s become sort of a running joke in the household when someone rings the doorbell and we’re not expecting company. ‘Oh,’ we say, ‘is that Joe Biden coming to apologize?'” she told Elle in September. “There are more important things to me now than hearing an apology from Joe Biden. I’m okay with where I am.”

Hill told TIME in 2016 that she had not spoken to Biden since the hearings.

“I expected a fair process. If you file a sexual-harassment complaint in an office, what you find in the best instances is a neutral investigative process. That never happened,” she told TIME in 2016. “I did expect that the chair would be fair and gather the testimony from the relevant witnesses, like the three women who were not called in to testify, like the experts on sexual harassment that could have helped inform the committee about how the problem manifests itself.” 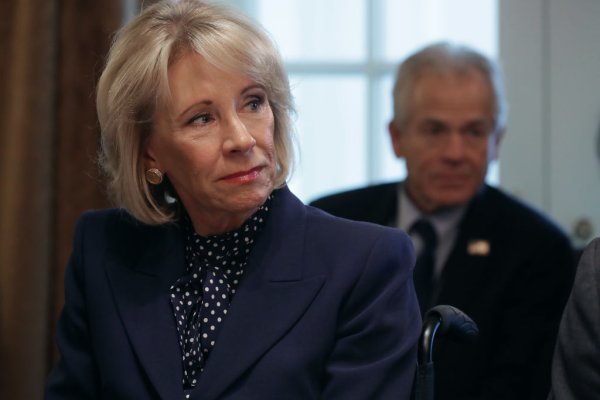