Everyone Got to Read the Starr Report on Bill Clinton. Here’s Why the Mueller Report May Not Get the Same Treatment

When special counsel Robert Mueller on Friday sent the U.S. Department of Justice the report on his two-year investigation into Russia interference in the 2016 U.S. presidential election, a new stage in that process began. And for many Americans, a new question has arisen: when, and whether, they will get to see what Mueller found.

Attorney General William Barr revealed some details about the report over the weekend in a summary to Congress, but it remains to be seen whether the full report will be released publicly. Many politicians, including Democrats gunning for their party’s 2020 nomination, have made the case for its release, and President Trump himself has said it wouldn’t “bother” him if Barr decided to make it public.

One reason why Americans may feel some frustration at this stage is a matter of expectations set by recent history’s most famous parallel. Twenty years ago, when then-Independent Counsel Ken Starr investigated President Bill Clinton, his report was released to the public — in fact, it was downloaded so much that it crashed government servers and nearly doubled web traffic in one day, according to Wired, and the book version was a bestseller.

So why isn’t the Mueller report getting the same treatment from the start? The simple answer is that the law was different back then.

The role of the special counsel has deep roots in American politics, but a key moment came in 1978, when Congress passed the Ethics in Government Act in the wake of Watergate and the Saturday Night Massacre, during which President Richard Nixon fired Special Prosecutor Archibald Cox. The law was meant in part to protect special prosecutors (later renamed independent counsels) from such interference. The section of the statute regarding oversight of the Independent Counsel says this person “shall advise the House of Representatives of any substantial and credible information which such independent counsel receives, in carrying out the independent counsel’s responsibilities under this chapter, that may constitute grounds for an impeachment.”

In other words, the independent counsel must tell the House what he or she finds, whether or not it meets a prosecutor’s usual standard for indictment, as Starr himself noted over the weekend in an essay for The Atlantic. In Starr’s case, Congress then voted to make the report public.

As a result of that process, independent counsels generally wrote their reports assuming they would be made public, says Katy Harriger, a professor at Wake Forest University and author of The Special Prosecutor in American Politics. Protected information, such as grand-jury testimony, would likely just be left out. Even so, the Starr report was chock-full of other kinds of sensitive, private details, with sexually explicit details about Clinton’s affair with Monica Lewinsky. TIME described the report as “a fetid blend of libido and legalese that reads like Jackie Collins by way of the Congressional Quarterly.”

In an essay for the magazine, Richard Lacayo argued that the world “would all be better off if Starr had exercised his prosecutorial discretion and left the White House Kama Sutra a closed book. What the President did ranged from the silly to the squalid, but the investigation is worse, turning a private mess into a public eyesore. It’s Starr, after all, who has given us the dirtiest paperback ever to top the best-seller list.”

The House of Representatives voted to impeach Clinton in December of 1998, on a perjury charge regarding his Aug. 17 federal grand jury testimony and the charge that he “prevented, obstructed and impeded the administration of justice.” He was acquitted in February of 1999 in the U.S. Senate’s impeachment trial — and also essentially in the court of public opinion, as Gallup polling showed him with a record-high approval rating in the period after the vote to impeach him.

And in addition to approving of how he was handling the job, many people — including those in Washington — were bothered by how much of Clinton’s dirty laundry had been aired in the process.

“Of the many criticisms that were launched at the special prosecutor legislation, a frequent one was that the report requirement was unfair to people who got caught up in investigations but were not charged with anything,” Harriger tells TIME. “You can have a lot of facts that don’t look good but they don’t add up to a crime. The rationale that prosecutors always use is that we speak with our indictments, and if we don’t indict, we don’t speak, because there are lots of people who get investigated but never get prosecuted. That criticism was a frequent one.”

The lurid detail in Starr’s report heightened that criticism, contributing to what she calls a “bipartisan sense of unfairness.”

It happened that the 1978 statute expired in 1999, just a year after the impeachment — and so it followed that the procedures for a special prosecution were changed accordingly. In place of the old statute, the Department of Justice enacted internal regulations for a Special Counsel’s work. Those regulations included giving the Attorney General more power to decide how much of the final report of the investigation would be released to the public, if anything. The section regarding the release of the Special Counsel report says, “At the conclusion of the Special Counsel’s work, he or she shall provide the Attorney General with a confidential report explaining the prosecution or declination decisions reached by the Special Counsel.” Another section says the Attorney General “may determine that public release of these reports would be in the public interest, to the extent that release would comply with applicable legal restrictions.”

Not included was a statute requiring Special Counsel investigations to be disclosed to Congress or the public. In a March 2019 memo summarizing the current regulations, the Congressional Research Service linked that omission, and the new “approach in limiting the release of the Special Counsel’s report” to the “detail and scope” of the Starr report.

“It’s important for people to understand the difference between the statutory requirement of the report and the reaction — which is how I’d describe the regulation, as a reaction to the feeling that some of those special prosecutors went overboard in terms of what they revealed,” Harriger says. Back then, it seemed wrong to make all that information public. Today, to many, it seems problematic not to make sure the public gets that information. The situation, she says, echoing the Department of Justice, “is a good reminder too that there’s no perfect solution here.”

With reporting by Lily Rothman 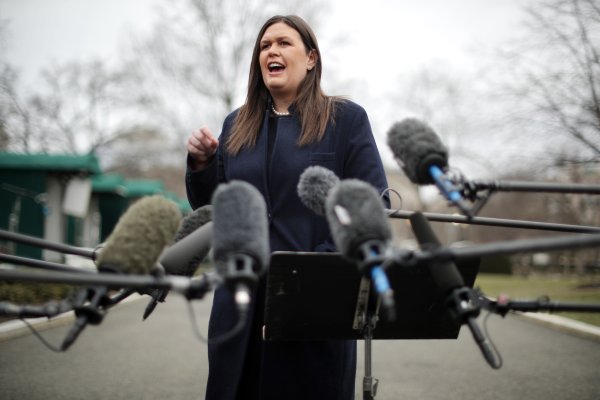