For 22 months, Donald Trump called him a rogue prosecutor, surrounded by a team of angry partisans with conflicts of interest, leading an investigation into a hoax.

But on Sunday, it was Robert Mueller who Trump owed for a bright spot in his administration.

The special counsel’s conclusion — as relayed to Congress and the public by Attorney General William Barr — that the investigation did not establish that Trump’s campaign conspired with Russian efforts to meddle in the 2016 election lifted a dark cloud that’s sat over his presidency since its earliest days.

March 24 will join a handful of triumphal moments for Trump: the confirmations of Neil Gorsuch and Brett Kavanaugh to the Supreme Court, the passage of a $1.5 trillion Republican tax cut bill, withdrawing from the Paris climate agreement and the Iran nuclear accords and moving the U.S. embassy in Israel to Jerusalem.

It was perhaps appropriate, then, that the day began with an uncharacteristically positive tweet from the president.

Even in summary form, the report was not an exoneration. Mueller sidestepped the question of whether the president committed obstruction of justice, a serious enough crime that it was included in impeachment articles drawn up for both Nixon and Clinton. It was left to Barr and Deputy Attorney General Rod Rosenstein to draw the conclusion that Trump’s pattern of conduct had not crossed any legal boundaries.

But it was enough, giving an unusual sense of buoyancy to the White House at a time when Trump is revving up his 2020 campaign and facing Democratic candidates who were just starting to pierce through the nonstop coverage he has garnered on cable news.

It also gave Trump’s base a shot in the arm at a moment when some of his hard-core supporters were becoming increasingly frustrated that Trump hadn’t done as much has he had promised to build a border wall, close trade deficits and get the U.S. out of Syria and Afghanistan.

“After a long look, after a long investigation, after so many people have been so badly hurt, after not looking at the other side where a lot of bad things happened, a lot of horrible things happened, a lot of very bad things happened for our country — it was just announced there was no collusion with Russia,” Trump told reporters at Palm Beach International Airport on Sunday as he boarded Air Force One to return to Washington. Trump, as could be expected, overstated the conclusions, describing Mueller’s investigation as both “an illegal takedown that failed” and a “complete and total exoneration.”

That’s not to say that Trump is in the clear, however.

In those two years, the public learned that his son, son-in-law and campaign manager met with Russians promising dirt on Hillary Clinton in Trump Tower; that Trump pursued a construction project in Moscow well into the election; and that his campaign manager handed valuable polling data to a contact the FBI believes has ties to Russian intelligence.

But on Sunday, at least, it was a good day.

Trump was in his private quarters at Mar-a-Lago when staff and his attorneys described Barr’s letter about Mueller’s findings. After he was briefed, Trump said, “This is very good,” according to White House spokesman Hogan Gidley. Trump was “in a really good mood” as he watched television, made phone calls and talked to Chief of Staff Mick Mulvaney and White House Director of Social Media Dan Scavino and other staff in his office on Air Force One during the flight back from Florida to Washington, Gidley said. Asked if the president supports making Mueller’s report public, Gidley said, “We haven’t discussed that.”

Democrats are preparing to fight to make sure as much as possible of Mueller’s work is released, including Mueller’s description of where Trump hindered his investigation. Nonetheless, on Sunday one of Trump’s most serious legal challenges came to a close, and he survived. 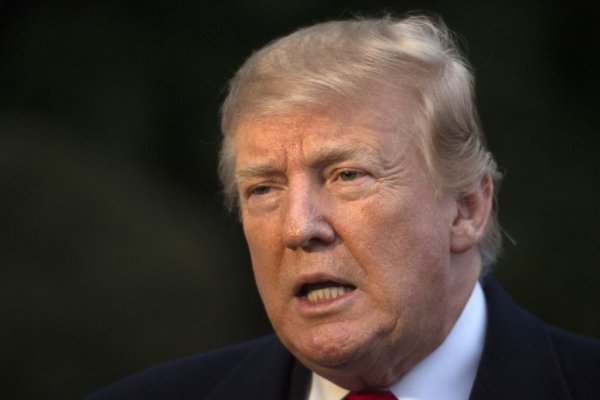