Here Are the Other Investigations President Trump Still Faces

A summary of Special Counsel Robert Mueller’s confidential report to the Justice Department released Sunday said the 22-month investigation concluded without finding evidence of Trump campaign collusion with the Russian government during the 2016 presidential election, nor did it conclude that President Donald Trump committed the crime of obstruction of justice.

Mueller cautioned that his report does not exonerate the President, either.

Trump trumpeted the findings of the report, which recommended no additional indictments, as a victory, tweeting, “No Collusion, No Obstruction, Complete and Total EXONERATION. KEEP AMERICA GREAT!”

However, Trump is not out from under the investigative microscope. There are more than a dozen other investigations and lawsuits looking into the President, his businesses, his family and his associates.

This is not an exhaustive list, as there may be investigations that have not yet been made public, and there are other loosely connected players also being investigated thanks to Mueller’s work. But here are the key legal threats still facing Trump and his inner circle.

There are a number of ongoing cases that will fall to the U.S. Attorney’s Office in D.C. One of the most prominent is around longtime Trump confidant Roger Stone, who was arrested in January 2019 as part of the Mueller investigation. He was charged with witness tampering and lying to Congress about his communications with WikiLeaks. After he posted about the case on social media, the judge placed him under a gag order. His trial is set for November, and federal prosecutors in D.C. will now handle his prosecution, according to the New York Times.

Adult film actress Stormy Daniels speaks to members of the media after a hearing at federal court, in New York, as she is accompanied by her attorney Michael Avenatti on April 16, 2018.
Craig Ruttle—AP—REX—Shutterstock

This case is located in the Southern District of New York and focused on payments Trump’s former lawyer Michael Cohen made on his behalf to women who allegedly had affairs with Trump. Cohen pleaded guilty in August of 2018 to campaign finance violations and other financial crimes, admitting he made payments to Karen McDougal and Stormy Daniels to keep them quiet in the run up the 2016 election. In December, he was sentenced to three years in prison.

Prosecutors directly implicated the President when they said in December that Cohen acted “in coordination and at the direction of” Trump. Since then, federal prosecutors reached a non-prosecution agreement with American Media Inc., the parent company of the National Enquirer that was involved in the hush payments. Prosecutors in New York still have an “ongoing investigation” into the campaign finance issues here, and they are reportedly looking into whether the Trump Organization or its executives played any role.

President Trump gives his Inaugural Address during the 58th U.S. Presidential Inauguration where he was sworn in as the 45th President of the United States of America in Washington, USA on Jan. 20, 2017.
Anadolu Agency—Getty Images

Federal prosecutors in multiple offices have been looking into the record $107 million that Trump’s inauguration committee raised and asking questions about who the money came from, how it was spent and whether the committee gave donors favors or special access.

Mueller’s office initially looked into potential foreign donations to the inauguration, and now the U.S. attorney’s offices in Manhattan and Brooklyn are both investigating the involvement of foreign money. In February, prosecutors for the Southern District of New York sent a subpoena to the Trump inaugural committee demanding documents about the committee’s spending and donors. Prosecutors in New Jersey and the District of Columbia also sent subpoenas to the committee in separate probes.

Prosecutors in the Southern District of New York have also been looking into potential wrongdoing related to a pro-Trump super PAC called Rebuilding America Now. In December, the Times reported that prosecutors were interviewing people about whether Manafort illegally coordinated with the group while he was running Trump’s campaign, and whether the super PAC had taken in donations from people in Qatar or other Middle Eastern countries. So far, this investigation has not resulted in any indictments.

The Department of Financial Services is an agency that supervises the insurance industry, so it does not conduct criminal investigations. However, it it found wrongdoing, it could refer that information to prosecutors.

In another inquiry prompted by Cohen’s testimony, the New York attorney general this month began looking into several Trump Organization projects, including a failed attempt to buy the Buffalo Bills football team. Investigators sent subpoenas to Deutsche Bank and Investors Bank about the projects in early March, according to the Times.

Deutsche Bank has been under scrutiny as one of the few financial institutions willing to lend money to the Trump Organizations in recent years. The scope of this investigation is not clear, but the subpoenas requested information about loan applications, mortgages, credit and other financial interactions related to Trump properties in Washington, Florida, New York and Chicago, according to the Times.

The New York attorney general’s office sued the Donald J. Trump Foundation and its directors last year, saying they engaged in a “shocking pattern of illegality.” The Trumps agreed to dissolve the foundation in December, but the suit is still going. The attorney general wants the Trumps to pay millions in penalties and bar him from serving on the board of any New York charity for a decade, while the Trumps are claiming that the suit was politically motivated.

The Trump Foundation is also under investigation for potentially violating state tax laws. This case could lead to a criminal referral, unlike the civil case above.

The New York state tax department said in October it was looking into allegations brought up in a New York Times investigation into decades of Trump’s “tax schemes.” New York City officials have also said they are examining Trump’s tax history.

After two undocumented immigrants who worked at Trump’s golf club in New Jersey went public in interviews with the Times in December, federal and state investigators started looking into the situation. Lawyers for the two workers said in December that the FBI and the New Jersey attorney general’s office were examining allegations that the Trump golf club hired workers using fraudulent papers. Then in February, Democrats in Congress called for the FBI to fully investigate the situation.

There were questions about whether Trump would personally profit from his position as President even before he entered the White House. In June 2017, the attorneys general of Maryland and Washington D.C. sued Trump, claiming that his D.C. hotel violated the Emoluments Clause of the United States Constitution, which says that no federal official can accept any gift or benefit “of any kind whatever” from any foreign government.

A judge ruled last year that the case could move forward, but Trump’s lawyers have appealed and a federal appeals court that heard the case last week seemed skeptical that Trump was illegally profiting, according to the Washington Post. If the court did rule against Trump, the case could reveal significant information and have big implications for Trump’s businesses.

Trump’s former personal lawyer filed a lawsuit in New York state court on March 7 claiming the Trump Organization breached a contract because it stopped paying his legal fees last year. The court filing alleges the organization stopped paying him after it became clear he would cooperate with investigators, and says Trump’s company owes him $1.9 million.

Attorney Gloria Allred, left, comforts Summer Zervos as Zervos, a former contestant on "The Apprentice," reads a statement during a news conference in Los Angeles on Oct. 14, 2016.
Ringo H.W. Chiu—AP

Zervos was a contestant on the Apprentice and said in 2016 that Trump had sexually assaulted her in 2007. After Trump called her a liar on the campaign trial, and Zervos filed a defamation lawsuit against him in 2017.

Trump’s lawyers have tried to get this lawsuit dismissed, but it is still ongoing. Discovery is currently going on, and the judge in the case has ruled that Trump does have to be deposed. Trump will likely keep fighting the suit, so his deposition is not certain, but it would be a field of landmines, as he would be under oath.

Last spring when Republicans controlled the House of Representatives, the House Intelligence Committee put out a report saying that while Russia tried to influence the 2016 election, it was not aiming to help Trump. This contradicted all other U.S. intelligence community findings.

Now that Democrats control the House, Intelligence Committee chair Adam Schiff is diving back into the Russia investigation. He has expanded the probe and plans to investigate not only Russian interference, but also Russian connections to Trump, whether Russians hold any leverage over Trump or members of his team and whether Trump has obstructed justice.

In early March, the House Judiciary Committee launched a broad investigation into three main areas: whether Trump has obstructed justice; whether there has been corruption such as breaking campaign finance laws or misusing Trump’s office for personal gain; and whether Trump has abused his power through pardons or attacks on the press, judiciary or law enforcement agencies.

Democratic Rep. Maxine Waters chairs the House Financial Services Committee, and she is planning a joint investigation with the Intelligence Committee into why Deutsche Bank was willing to lend money to the Trump Organization when few other financial institutions would do so.

The bank is already under scrutiny from New York prosecutors, and it was fined in the past over a Russian money laundering scheme. Waters has also said in the past that the President, his oldest daughter Ivanka and her husband Kushner are all clients of Deutsche Bank. So these Congressional committees will want to look at whether there was anything illicit going on in the bank’s dealings with the Trump Organization.

The House Ways and Means chairman, Democrat Richard Neal, has said he wants to subpoena Trump’s tax returns. Unlike every president going back to Richard Nixon, Trump has refused to release his tax returns since he launched his presidential campaign, which has led many to speculate about their contents.

But now that Democrats control one of the most powerful committees in the House, they are preparing to ask for them. This request will likely not move quickly, but it will be one of the most watched inquiries as things move forward.

Democratic Rep. Eliot Engel, the committee chairman here, said in January he planned to investigate whether Trump’s business dealings abroad have affected his foreign policy decisions. He also wants to look into whether the President violated the Emoluments Clause of the Constitution.

In March, the House Foreign Affairs Committee joined the Intelligence and Oversight committees in demanding documents and interviews related to Trump’s communication with Putin.

The Senate Intelligence Committee started investigating Russia’s election interference in 2017. Unlike its House counterpart, it issued a report in the summer of 2018 concluding that Russia did interfere in the 2016 election to try to help Trump.

But its investigation is still ongoing. Given that it has seen fewer scandals than the House version, many have seen this as one of the few bipartisan efforts to look into the ongoing questions around Trump and Russia. 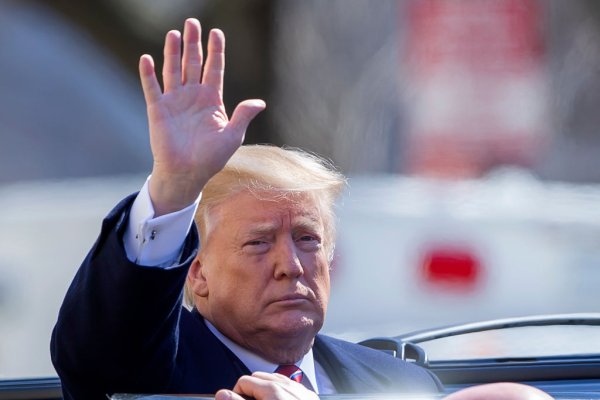