Here Are Some Key Players in the Mueller Investigation

After nearly two years, Special Counsel Robert Mueller’s investigation came to a close as he delivered his final report to Attorney General William Barr on Friday.

While the public has not yet seen the report, court filings from the special counsel’s team provide some clues to the major players likely to be named in it.

That includes some of President Donald Trump’s top advisers and members of his campaign, a rogue’s gallery of Russian hackers and spies and various people who played bit parts in the drama.

Below is a closer look at some of the names you may hear in the coming days and weeks.

A longtime Republican consultant, Manafort later went into working overseas and lobbying for foreign political figures in the U.S. before serving as Trump’s campaign chairman. During the campaign, he joined Trump’s son, Donald Jr., and son-in-law, Jared Kushner, in a meeting in Trump Tower with a Kremlin-connected lawyer who promised dirt on Hillary Clinton. He also shared valuable campaign polling data with a former business associate, Konstantin Kilimnik, who the FBI believes has ties to Russian intelligence. In 2018, Manafort was convicted of hiding income he earned representing a pro-Russia political party in Ukraine and sentenced to seven and a half years in prison for that and other charges.

Gates, Manafort’s right hand man at his lobbying business, played a similar role in the Trump campaign and went on to work on the inauguration. He was indicted with Manafort in October 2017 and later struck a deal to cooperate with the special counsel’s office.

A Russian political consultant, Kilimnik worked for Manafort in his lobbying firm, where he was sometimes described as “Manafort’s Manafort.” Along with sharing the polling data, he and Manafort also discussed a Ukrainian peace plan, according to a court filing. Mueller’s office charged Kilimnik with attempting witness tampering, but no trial has been set.

A longtime Republican operative and Trump confidant, Stone was charged for lying to Congress about his communications with WikiLeaks, which released Democratic and Clinton campaign emails stolen by the Russians, and for witness tampering. He has pleaded not guilty and his trial is set to begin in November.

Flynn, a retired Army lieutenant general and former director of the Defense Intelligence Agency, advised Trump on national security issues during the campaign, worked on the transition and served as national security advisor in the White House. He resigned in February 2017 after misleading Vice President Mike Pence about conversations he had with Russian Ambassador Sergey Kislyak during the presidential transition. FBI Director James Comey testified before Congress that Trump asked him to end an investigation into Flynn. In December of 2017, Flynn pleaded guilty to lying to investigators and began cooperating with Mueller’s team.

Trump’s oldest son is running the family businesses — along with his younger brother Eric — while Trump is in the White House. Trump Jr. was a key player behind the infamous Trump Tower meeting with a Kremlin-linked lawyer in June of 2016. He also issued a misleading statement to the New York Times about the meeting which turned out to have been personally dictated by the president while returning from a trip to Germany on Air Force One. Trump Jr. also later revealed that he had communicated privately with WikiLeaks during the campaign. In addition, Cohen testified that he told the eldest Trump son about his work to develop the Trump Tower in Moscow.

Trump’s oldest daughter, who now holds a post in his Administration, was also briefed on the Moscow tower development, according to Cohen’s testimony. During the campaign, she was also contacted by the wife of a Russian athlete who wanted to help develop a separate Trump property in Moscow, according to a report in BuzzFeed.

Ivanka’s husband, Kushner served on the campaign and now works in the White House. He had several Russian contacts during and after the campaign. Most notably, Kushner was present at the 2016 Trump Tower meeting with Trump Jr. and Manafort. He was also sent emails about efforts to set up back-channel discussions with Russians and about Trump Jr.’s contacts with WikiLeaks — both of which he failed to provide to Senate investigators.

A Russian real estate tycoon who partnered with Trump to host the Miss Universe pageant in Moscow in 2013. He kicked off the 2016 Trump Tower meeting after learning that Russia wanted to give the Trump campaign dirt on Clinton.

The son of the developer and a Russian pop star, the younger Agalarov helped set up the Trump Tower meeting.

A Kremlin-connected lawyer, Veselnitskaya was at the Trump Tower meeting and was the person Trump Jr. was told could have damaging information about Clinton. 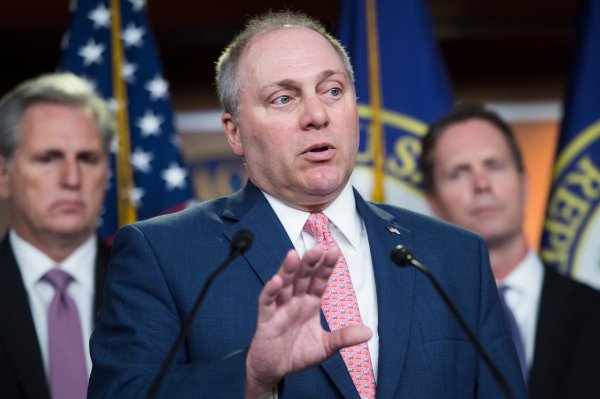 No One Knows What’s in the Mueller Report. Here’s Why This Republican Is Claiming Vindication Anyway
Next Up: Editor's Pick