Emilia Clarke has opened up about surviving two life-threatening brain aneurysms during the early days of Game of Thrones.

In an article for the New Yorker, Clarke spoke publicly for the first time about suffering two brain aneurysms, the first of which struck shortly after she finished filming her scenes as Daenerys Targaryen for season 1 of Game of Thrones. She revealed that she experienced her first aneurysm at 24 years old while working out with her trainer.

“I immediately felt as though an elastic band were squeezing my brain. I tried to ignore the pain and push through it, but I just couldn’t. I told my trainer I had to take a break,” she wrote. “Somehow, almost crawling, I made it to the locker room. I reached the toilet, sank to my knees, and proceeded to be violently, voluminously ill. Meanwhile, the pain—shooting, stabbing, constricting pain—was getting worse. At some level, I knew what was happening: my brain was damaged.”

Clarke was rushed to the hospital where she underwent “minimally invasive” surgery for a subarachnoid hemorrhage, a.k.a. bleeding in the brain. A little more than two weeks after her surgery, Clarke discovered that she was suffering from aphasia, a condition that impairs a person’s ability to process language. In Clarke’s case, she couldn’t recall her own name.

“I’d never experienced fear like that—a sense of doom closing in,” she said of that time period. “I could see my life ahead, and it wasn’t worth living. I am an actor; I need to remember my lines. Now I couldn’t recall my name…In my worst moments, I wanted to pull the plug. I asked the medical staff to let me die. My job—my entire dream of what my life would be—centered on language, on communication. Without that, I was lost.”

The aphasia passed after about a week, but before Clarke left the hospital, she was told that she had a smaller aneurysm on the other side of her brain that could “pop” at any time. Two years later, when she went in for a brain scan after finishing season 3 of Game of Thrones, doctors told her that the aneurysm had doubled in size and it would be best to “take care of it.”

Although she was promised a relatively simple operation, the procedure failed and Clarke was left with a massive brain bleed that required a subsequent fully invasive surgery. But in spite of all the complications, Clarke said that she has fully recovered in the years since.

“I have healed beyond my most unreasonable hopes,” she wrote. “I am now at a hundred per cent.” 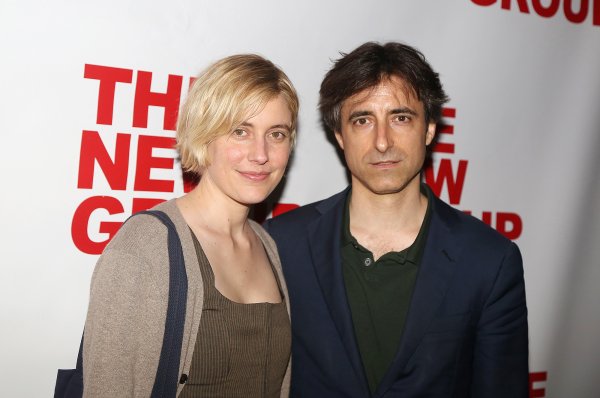 Greta Gerwig and Noah Baumbach Welcome Their First Child
Next Up: Editor's Pick