When Byron Román encouraged “bored teens” on social media last week to pick up litter, he didn’t anticipate his post would make a difference. But seven days and hundreds of thousands of shares on Facebook, Instagram, Twitter and Reddit later, the world is looking a little bit cleaner.

“Take a photo of an area that needs some cleaning or maintenance, then take a photo after you have done something about it, and post it,” Román wrote on March 5, sharing a before and after photo of a messy area being cleaned up by one young man.

Román tells TIME that a friend of his in Guatemala had posted the image along with a similar message in Spanish, so he translated the text to English and added the now widely circulated message: “Here is a new #challenge for all you bored teens.”

Beyond trying to help the environment, of course, Román says that he really did want to help teenagers make a difference on the internet. “When teens get bored, that’s like the worst thing you can ever have — actually, any person being bored,” he tells TIME. “So, I thought, maybe someone will pick up the challenge and do something positive about it.”

The positivity has certainly spread far and wide — Román’s original post has garnered 323,000 shares on Facebook alone as of Tuesday afternoon, and the hashtag on Instagram has more than 25,000 posts. People picking up litter everywhere from Vietnam to the Philippines have sent messages thanking Román for starting the trend, he says.

Román says he hoped that a challenge of this nature would help people from different ages bond. “We’re all in this together,” he says.

Though Román only helped the trend become more popular, he wasn’t the first to inspire a clean-up movement. Afroz Shah, a lawyer who lives in Mumbai, India, began cleaning up his city’s popular and infamously dirty Versova Beach in October of 2015. Shah’s work did not go unnoticed: He won the United Nations’ top environmental honor, as a Champion of the Earth, in 2016. Shah did not immediately respond to TIME’s request for comment.

The impact #Trashtag could make is yet to be seen — but Román thinks the first step to helping the environment is to stop creating litter and garbage altogether. “I think that would be a better approach to it,” he says. 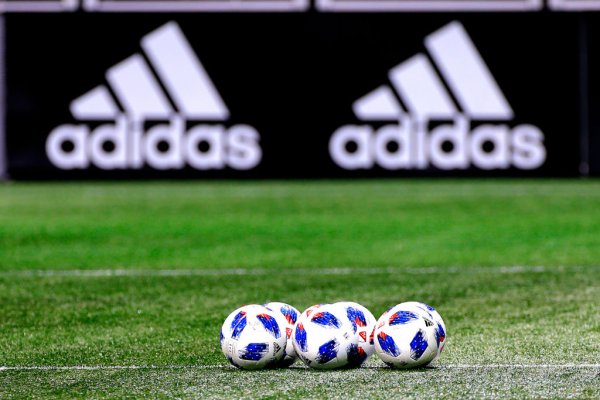 Soccer Dad May Have Pulled Off the Most Hilarious Parenting Hack of All Time
Next Up: Editor's Pick