In less than a month’s time, there will officially only be one Blockbuster store left in the entire world. But the last remaining relic of the once mammoth video rental chain that owned movie night has no plans of shutting its doors anytime soon.

In the wake of reports that Australia’s last location will be closing up shop by the end of March, a Blockbuster in Bend, Ore. — which was already the only franchise still open in the United States — is set to be the lone Blockbuster left on the planet.

But according to Sandi Harding, the general manager of the location in Bend, the news of her store’s new status left her with mixed emotions. “Initially, my reaction was excitement and, ‘Oh my gosh.’ It was pretty exciting to know that we had outlasted everyone else,” she told TIME. “But then as soon as I got excited, I also realized that someone is losing their job somewhere and that we’re losing another Blockbuster store. It’s just us left, which means that we’re just that much closer to being completely gone and that’s just so sad.”

However, Bend’s Blockbuster — which still has “popcorn ceilings” and “IBM computers from 1992” — doesn’t sound like it’s having any trouble keeping its doors open. “We sign up probably 5-10 membership applications a day and everybody thinks that I’m blowing that number up or exaggerating it, but I’m really not. We set up accounts every single day for new people.”

In the age of Netflix and other digital streaming platforms, Harding credits her store’s success to both local support and Bend’s budding tourism industry.

“Bend has grown tremendously in the last few years. But I think that even though we’re growing and getting bigger, people really love to buy local,” she said. “They know that our owners live two miles away from the store and that they’re frequently down here. I’ve been here 15 years, most of my staff has been around for a while and I think they just really appreciate that.” 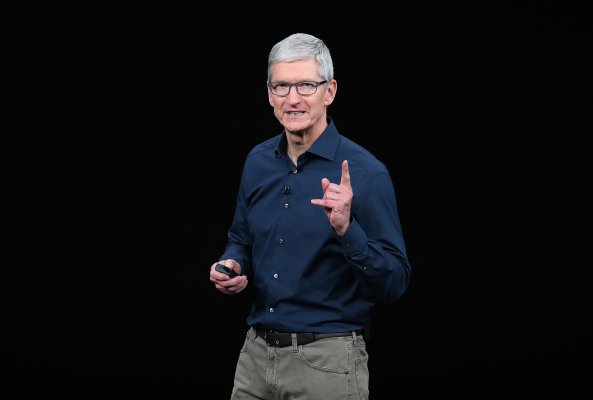 People Noticed Tim Cook Is Having Not-So-Subtle Fun With Trump Calling Him Tim Apple
Next Up: Editor's Pick