Repeating a line he’s used before, President Donald Trump responded to a question about the charges against New England Patriots owner Robert Kraft by noting that his longtime friend had denied the accusations against him.

“Well, that’s very sad. I was very surprised to see it. He’s proclaimed his innocence totally and — but I’m very surprised to see it,” Trump told reporters in the Oval Office Friday, just hours after authorities announced Kraft faces charges of soliciting a prostitute, alleging that he was videotaped twice receiving a sex act at a Florida massage parlor. Kraft is a frequent guest at Trump’s Mar-a-Lago estate in Palm Beach.

“We wish him well,” Trump told reporters after Porter resigned. “As you probably know, he says he is innocent and I think you have to remember that.”

“Well, he denies it,” Trump told reporters. “Look, he denies it. If you look at what is really going on and you look at all the things that have happened over the last 48 hours, he totally denies it. He says it didn’t happen. And, you know, you have to listen to him, also. He said 40 years ago, this did not happen.”

Trump himself faced accusations of sexual misconduct from at least 18 women on the campaign trail, which he also denied, calling the women “horrible, horrible liars” and promising to sue them after the election. 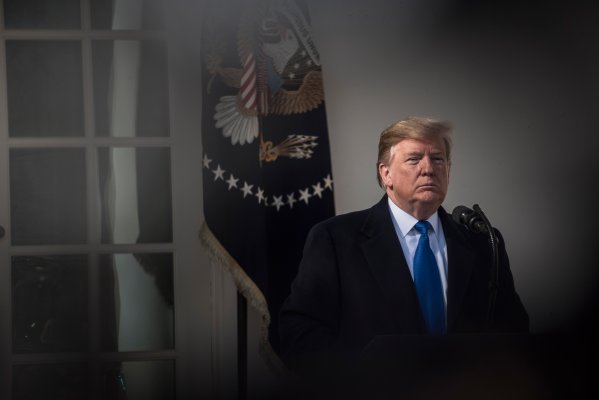 Trump's National Emergency Sets Up Another Fight
Next Up: Editor's Pick