Here Are the Records That Were Broken at the 2019 Oscars

The 91st Academy Awards took place Sunday night and the people who make the movies made Oscars history.

Earlier in the evening, Ruth Carter and Hannah Beachler became the first black people to win in the Costume Design and Production Design categories for their work on Black Panther. Carter and Beachler are two of three black women to win Oscars in non-acting categories. Their wins brought Marvel Studios its first ever Academy Awards.

Controversy seems to have followed the 91st Academy Awards since before nominations were even announced this year, with the ceremony proceeding without a host and plenty of discussion over the merits of Best Picture contenders like Green Book and Bohemian Rhapsody.

Here are all the records that were broken at the 2019 Oscars, and some that came close.

Mahershala Ali took home the statue for Best Actor in a Supporting Role for his turn on Green Book. He became the second black actor to win multiple acting Oscars. Denzel Washington preceded him, having earned Oscars for 1989’s Glory and 2001’s Training Day in acting categories. Ali last won an Oscar in 2017 for his role in Moonlight.

Ali’s win also made him the the 12th actor to earn multiple awards within four years.

Peter Ramsey was the first black director to be nominated in the animated feature category this year, and on Sunday night he became the first to win in that category for Spider Man: Into the Spider-Verse.

With his win for playing Freddie Mercury in Bohemian Rhapsody, Rami Malek became the first Arab-American and the first Egyptian-American to win in the Best Actor category. Malek gave a shout-out to his parents in his Oscars speech: “I am the son of immigrants from Egypt. I’m a first-generation American.”

The first film from Netflix to earn a Best Picture nomination, Roma earned the Oscar for Best Foreign Language Film, becoming the first Mexican movie to do so.

That Amy Adams has never won an Oscar has become a routine joke, especially among her most ardent fans, who would love to see her get some credit. Adams, who was up in the Best Supporting Actress category this year for playing Lynne Cheney in Vice, has previously lost at the Academy Awards five times.

Black Panther could have set another new precedent for superhero movies

While Spike Lee is a Hollywood legend, his work as a director has never earned him an Academy Award. This year, he scored a nomination for BlacKkKlansman in the Best Director category. Had he won, he would have become the first black person to win Best Director.

Netflix’s Roma made history before the Oscars even aired. Leading the 91st Academy Awards nominations (along with The Favourite) with 10 nominations, the film is only the second foreign language to score that many nods, after 2000’s Crouching Tiger, Hidden Dragon did the same. If the film had won Best Picture, Roma would have been the first foreign language film to take home the Academy Award in that category. While the Oscars recognize achievements in foreign language films in a separate category, a win for Roma would have marked a turn away from only awarding English-speaking films as Best Picture.

The original version of this story misstated the number of actors to win multiple Oscars within four years prior to Mahershala Ali. It was 11, not 10. 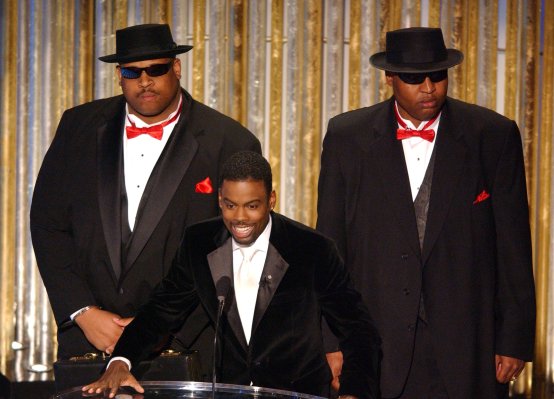 The Most Memorable Moments in Oscar Hosting History
Next Up: Editor's Pick