These Are the 5 People Killed in the Aurora, Illinois Manufacturing Facility Shooting

Details have begun to emerge about the lives of the five men killed after a gunman opened fire at a manufacturing facility in Aurora, Ill., on Friday.

The victims were employees of valve manufacturer Henry Pratt Co. and its parent company, Mueller Water Products. The youngest was a 21-year-old college student and intern; the others left behind at least 16 children and grandchildren.

The Aurora Illinois Police Department wrote on Facebook that five police officers were also shot, and a sixth officer suffered a minor injury while responding to the incident. All of the officers were treated for their injuries and are recovering, police said in a statement.

A sixth employee was also shot in the incident, Mueller Water Products CEO Scott Hall wrote in a statement. The employee was expected to be released from the hospital on Sunday, Hall said at a press conference yesterday.

Hall confirmed at the press conference that the shooter, Gary Martin, was being fired on Friday for “various workplace rules violations.” Martin was killed after exchanging gunfire with police.

At the time of the shooting, Nine people were believed to be inside the building, which is a warehouse across the street from the main manufacturing facility, Hall said.

Here’s what to know about the victims and the lives they left behind.

Clayton Parks was a human resources manager at Henry Pratt and a 2014 graduate of Northern Illinois University, Hall and the university wrote. He had worked for the company since November.

Parks’ Facebook page is filled with smiling photos of two people – his wife, Abby Parks, and their baby, Axel Parks.

“Every time I’ve closed my eyes over the last 12 hours, I’ve opened them hoping to wake from a terrible dream, but that’s not the case. I’m living my worst nightmare,” she wrote. “My husband, my love, my best friend and the incredible father of our sweet son was taken from us yesterday in the shooting in Aurora, and I am devastated.”

The youngest victim was Trevor Wehner, a student who was expected to graduate with a degree in Human Resource Management from Northern Illinois University in May, the school’s president wrote in a letter. Friday was Wehner’s first day as a human resources intern at Mueller, the company wrote. A family friend wrote on Facebook that Wehner was just 21.

His brother, Thomas Wehner, wrote a tribute to Trevor on Facebook.

“I love you so much bro,” Thomas Wehner wrote. “I remember all the times we would fight but no matter what happened I still loved you. Rest easy big bro. I’m so proud of you. I’ll miss being that annoying little brother to you.

Russell Beyer, a union chairman and a mold operator who had worked for the company for more than 20 years, had vouched for the gunman and helped him to regain his job at the company two months before the shooting, Beyer’s family told the Chicago Sun-Times.

Beyer’s father, Ted, had worked at Henry Pratt for 40 years.

“He was a hard worker, just like I was,” he told the Sun-Times. “I loved him… We were close. He was my first kid.”

“Words can’t even describe how good of a dad he was,” daughter Diana Juarez told the Sun-Times.

A GoFundMe to cover funeral arrangements and other expenses was set up to help his family.

Patrick Maribel, who identified himself as Juarez’s nephew, wrote about the tragedy on Facebook.

“Please keep my family in your thoughts and prayers as we lost my uncle today in the shooting,” Maribel wrote. “You will be missed tio, forever in our hearts.”

Plant manager Josh Pinkard worked at Mueller, the company that owns the brand Henry Pratt, for 13 years, the company wrote in a statement. He had previously worked at a plant in Alabama, but had been relocated to the Aurora facility last spring.

Soon after Josh Pinkard was shot, he texted his wife to tell her what happened and that he loved her, the post said.

When he didn’t respond to her calls, Terra Pinkard tried calling the plant, and a worker told her that she’d had to barricade a room and that the plant was filled with police.

After picking up their three children, Terra Pinkard tried looking for Josh at one hospital, and then another. Eventually, she got in touch with the police, who told her to come to the staging area for victims’ families.

“With my pastor’s help, since family was still on planes to get to us, I told my children their dad did not make it and is in heaven with Jesus. I’ve never had to do something that hard,” Pinkard wrote.

She continued, “I literally can’t talk out loud about this lovely man without breaking down in sobs. I’m crying now as I write this. I want to shout from the rooftops about how amazing Josh was! He was brilliant! The smartest person I’ve ever met! My best friend!” 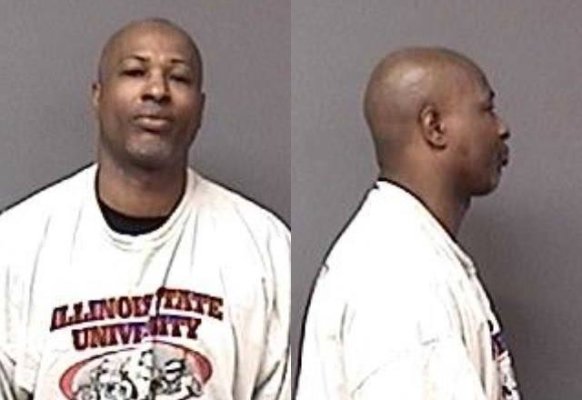 Illinois Gunman Had a History of Domestic Violence
Next Up: Editor's Pick