Last Week Tonight returned from its hiatus just in time for John Oliver to explain Brexit, “the playful fun name that has been given to a disaster.” While the U.K. is not scheduled to leave the E.U. until mid-March, Oliver says the planned departure has already had an impact on the nation’s economy, causing the British Pound to drop almost 14%.

Prime Minister Theresa May has spent the last two years locking down the terms of the U.K.’s exit from the E.U., but when she put the details to vote, she was served the biggest defeat in commons history. According to Oliver, one of the main sticking points is Northern Ireland, which is part of the U.K., but shares a border and a long, tragic history with the Republic of Ireland. If you don’t know why a hard border with security checkpoints could reignite tensions between the two Irelands, Oliver suggests “Googling Bloody Sunday or Daniel Day Lewis’s 1990s film output” or playing the chorus of the Cranberries’ song “Zombie.” Based on interviews with experts, people are confident it will be a complete mess, which Oliver notes: “Usually if you think something is going to be that much of a disaster you need to see Will Smith in blue face.”

There is also a chance that the U.K. will be forced to leave the EU without a deal in place, the so-called “no-deal Brexit.” According to Oliver, a no-deal Brexit would result in some “manageable annoyances,” but could also lead to more challenging issues like shortages of medication. Medicine shortages are not a problem that Brits are used to having, as, according to Oliver, Brits’ problems are usually limited to hearing “Americans mispronouncing the word ‘vitamins’, not having enough beans for breakfast and having to wait 20 years for another royal wedding.”

Almost every form of Brexit is anticipated to have some negative impacts on Britain’s economy. According to reports cited by Oliver, Brexit under Theresa May’s plan would result in an economy that is 3.9% smaller, while a no-deal Brexit could result in an economy 9.3% smaller. Oliver points that Britain is opting for these scenarios. “Britain is basically Pompeii, if Pompeii had voted for the volcano,” he said.

Unfortunately, Oliver thinks a second referendum wouldn’t necessarily work, because the situation is too complex for a yes-no vote. Even the first referendum was a terrible idea, because the government punted it to the voters, which Oliver notes, is not their job. The voters elected people to make informed choices about difficult decisions on their behalf. It’s like if you went to the doctor and asked, “Should your appendix leave or remain?” Oliver said.

According to Oliver, the politicians need to admit that the first referendum was fatally flawed and Brexit should be cancelled. That is unlikely to happen, though, and England is determined to “step firmly down on the rake of history” and leave the E.U. with “a great deal of confusion about how horses can go on holiday.” 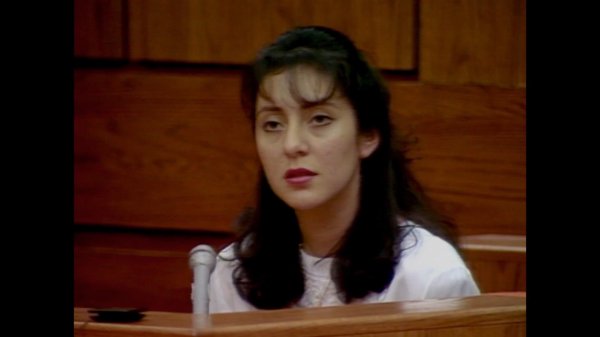 Amazon's Lorena Bobbitt Docuseries Isn't a Joke. That's Why It's Worth Watching
Next Up: Editor's Pick