New York Fashion Week kicks off a month of fashion, setting the pace for an endless flurry of runway shows, after-parties, and plenty of show-stopping looks. If this season’s New York Fashion Week is any indicator, it looks like the rest of fashion month in London, Milan and Paris, could be a time for re-evaluating what the fashion industry can and should look like. At shows like 11 Honoré and Rachel Comey, diverse casting took center stage, with models of different ages and races and body types taking to the runway.

Other brands, like Telfar and Batsheva, did away with the traditional runway showing or presentation altogether, opting for performance art projects with some major star power. A sense of nostalgia was also in the air amid a swiftly shifting fashion regime; OG supermodels Patti Hansen and Christy Turlington both held court, closing respective runway shows, while Michael Kors called on none other than Barry Manilow for a splashy finale for his disco-themed collection. From the runway to the after-parties, here are the five best moments from this season’s New York Fashion Week.

Starting off with 11 Honoré’s inaugural runway show, where Molly Constable and Laverne Cox stormed the runway, this New York Fashion Week was one to watch in terms of casting. While diversity and inclusion still remains a major issue for the fashion industry, brands like Chromat and Christian Siriano, who have been longtime champions of diversity, appear to be leading a shift in casting consciousness when it comes to race, body type and age (the latter seemed especially true at showings like Rachel Comey’s, where mature women once again showed off many of her designs as they have done before).

The Era of the Non-Fashion Fashion Show Continues

The traditional runway show is being passed up in favor of performance art pieces and quirky presentations. Take, for example, Telfar’s buzzy “Country” show created in collaboration with Jeremy O. Harris, where models crowd-surfed and trust-fell into a packed crowd at Irving Plaza. Equally interesting was Batsheva’s Courtney Love tribute, where models and notables like Christina Ricci read Hole lyrics and Love’s poems while seamstresses sewed in the background. Love even bore witness as the guest of honor. Even established label Ralph Lauren went for a non-traditional showing, with models walking in “Ralph’s Café,” a coffee shop built at its flagship store, where viewers had breakfast while looking at the collection.

The Celebrity Cameo Is Alive and Well

While fashion week is always a hub for famous faces, this year, celebrity performances made a big impression at some notable shows. At Michael Kors, a bedazzled Barry Manilow performed “Copacabana” while models danced with him on the stage and despite a celebrity-studded model casting at the The Blonds that included Paris Hilton and Karrueche Tran, it was Lil’ Kim that stole the show with a performance of her song, “Go Awff,” which she gave while clad in one of The Blonds’ gilded and heavily embellished jumpsuits. However, no celebrity may have had more fun than rapper Rico Nasty, who closed the Gypsy Sport show with aplomb as she took her final walk.

Skip the Show, Go Straight to the Party

Why have a show and an after-party when you can just have a superlative party? That seemed to be the reasoning behind Opening Ceremony’s epic Lunar New Year celebration, where they had three floors of dance parties and tons of food to celebrate the Year of the Pig and founders Humberto Leon and Carol Lim’s roots. Lunar New Year coinciding with fashion week also provided the inspiration behind Alexander Wang’s party this year. Wang, who has stopped showing during the traditional fashion week schedules, threw a rager in the Rainbow Room that included performances by Trina and City Girls’ Yung Miami. 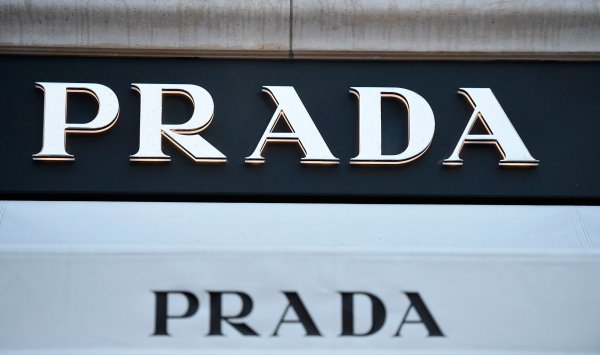 Prada Announces Ava DuVernay as Co-Chair of Diversity and Inclusion Advisory Council
Next Up: Editor's Pick