Charles Barkley and Ray Romano are undeniable celebrities in their own right, but their fame doesn’t seem to have given them an edge when it comes to recognizing fellow famous people, something that was confirmed during a spirited game of “Name That Famous Celebrity” on Jimmy Kimmel Live! on Tuesday night.

For the game, Romano and Barkley were blindfolded, then given an enthusiastic description of a celebrity without using their name by celebrity super fan Yehya. Celebrities ranged from Dwyane “The Rock” Johnson (“the guy who used to [do] wrestling and now he’s an actor”) to Ariana Grande (“young lady, music, she has long hair, but I don’t think it’s original”) and despite Yehyah’s earnest efforts, Barkley and Romano’s somewhat lacking knowledge of their fellow celebrities made the game less successful than it could have been, but far more hilarious.

In the end, Romano ended up taking top honors, but both he and Barkley walked away with prizes: autographed photos of them with Yehyah, who might have been the real winner of the night. 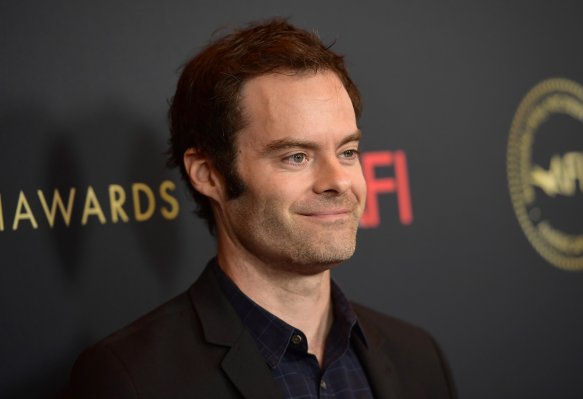 Bill Hader's Lorne Michaels' Impression Is a Dark Delight
Next Up: Editor's Pick