Most stars thank the Recording Academy during a Grammys acceptance speech. But Dua Lipa, who won for Best New Artist, used her moment to throw shade instead.

At the 61st Annual Grammy Awards, the “New Rules” singer responded to Recording Academy President and CEO Neil Portnow’s message about how female artists needed to “step up.” Portnow’s comments, part of an interview with Variety, came after the 2018 Grammys encountered backlash for its dearth of awards for female artists. Alessia Cara’s win for Best New Artist made her the only female winner in a major category that year. Following criticism, the Recording Academy invited 900 new music creators to be voting members in an effort to increase diversity at the Grammys, the first endeavor from the Academy’s newly created Task Force on Diversity & Inclusion.

“I guess this year we’ve really stepped up,” Dua Lipa said after winning her award on Sunday night, before her speech was cut off early. The artist elaborated after exiting the stage, telling reporters that she was hopeful for the future. “It’s a change that we hope to see for many years to come,” she said of the increase in women among the Best New Artist nominees. “It only felt right to be able to do that because they’re artists that I love and admire, and I was so honored to be able to share that moment with them.”

Later in the broadcast, Portnow, who is retiring this year, celebrated the talent and importance of “female voices of our times.”

Lipa and Kacey Musgraves, who won Album of the Year for “Golden Hour,” helped bring the number of female artists taking home the top categories up from last year. Cardi B also made history for women on Sunday, becoming the first female solo rap artist to win Best Rap Album. 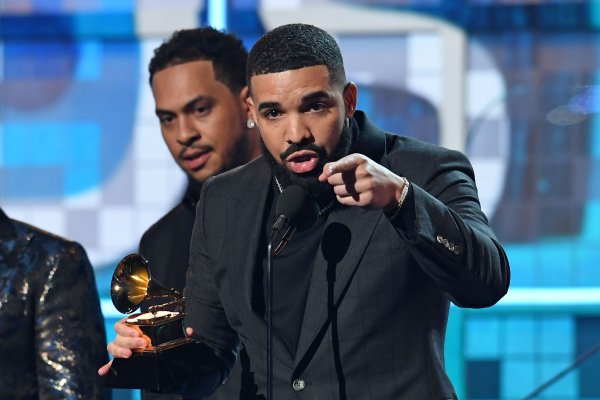 Here's How the Grammys Explained Why Drake's Speech Got Cut Off
Next Up: Editor's Pick