Cardi B took home the Grammy award for Best Rap Album at the 61st Annual Grammy Awards, becoming the first solo female artist to win in the category.

For the most part, male artists have won every year since Best Rap Album became an annual Grammys category in 1996, with the group Naughty by Nature named the first winners. Prior to Cardi B’s win, the only other woman to win got her award in 1997, when the hip-hop group Fugees, which included Lauryn Hill, won Best Rap Album for The Score.

With a victory for her 2018 album Invasion of Privacy, Cardi B not only becomes the first woman to win best rap album as a solo artist but also takes home her first ever Grammy win.

In her acceptance speech, Cardi B thanked her collaborators and gave a special shoutout to her daughter, Kulture, who was born last July.

“When I found out, my album was not complete … we have to get this album done so I could shoot these videos while I’m still not showing,” she said. “It was very long nights.” 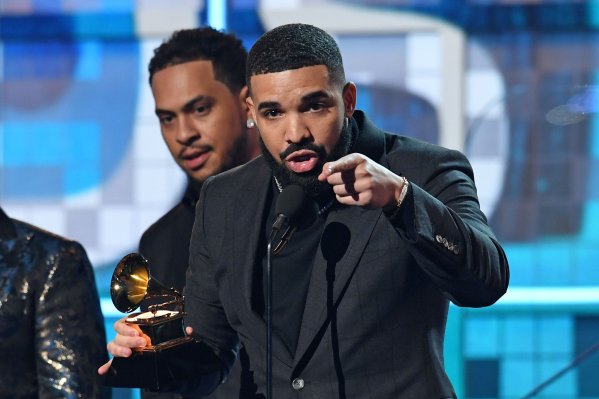 Drake Used His Grammy Acceptance Speech to Question the Importance of the Grammys
Next Up: Editor's Pick