Dolly Parton Starred in Her Own Celebrity-Filled Grammys Tribute Performance

At Sunday night’s 61st Annual Grammy Awards in Los Angeles, Dolly Parton was honored as the Recording Academy’s MusiCares Person of the Year. The country icon has been a Grammy winner going back decades, with eight prizes and dozens of nominations to her name; she even received a Lifetime Achievement Award in 2011.

This year, for her big tribute performance, Parton herself came to the stage as the star attraction. A number of other artists joined her, starting with Katy Perry and Grammy winner Kacey Musgraves (who had, moments before, finished a solo performance) for a rendition of “Here You Come Again.” That duo was followed by Miley Cyrus, who shared a powerful duet of the classic song “Jolene” with Parton before country star Maren Morris made it a trio to sing Neil Young’s “After The Gold Rush.”

Finally, country quartet Little Big Town and Parton performed a version of “Red Shoes,” a song from the soundtrack of the Netflix movie Dumplin‘ — and then the entire collection of artists brought the crowd to their feet with a rousing rendition of Parton’s “9 to 5.” Cameras even caught K-pop supergroup BTS jiving in the crowd to the exuberant group performance.

The onstage medley at the Grammys followed a Friday evening event dedicated fully to Parton, with even more music and speeches. Parton and her beloved costumes have also recently become the subject of an exhibit at the Grammy Museum, called “Diamond in a Rhinestone World.” 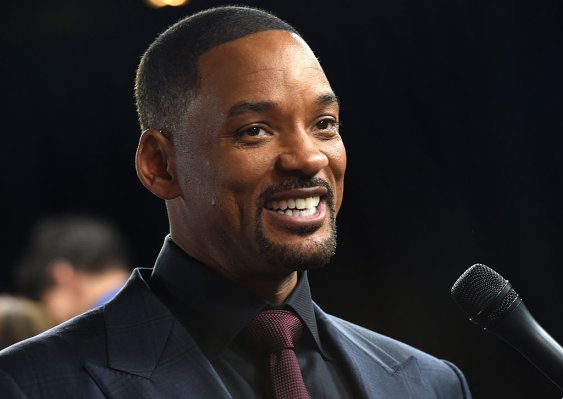 Here's Your First Look at Will Smith as the Genie in Aladdin
Next Up: Editor's Pick