What Does it Take to Force a Politician to Resign These Days?

Groups gather near the State Capitol to call on Gov. Ralph Northam (D) to step down after a racist photo of him in his medical school yearbook came out last week February 04, 2019 in Richmond, VA.
Katherine Frey—The Washington Post/Getty Images
By Philip Elliott

Ralph Northam’s career looked cooked. On Feb. 1, Virginians learned that their governor’s 1984 medical-school yearbook page included a picture of a person in blackface alongside another in a Ku Klux Klan–style robe and hood. Within hours, everyone from local legislators to the chairman of the Democratic National Committee had called on Northam to resign.

But as political junkies counted the minutes until the Democrat’s exit, Northam did something few anticipated: he apologized for the photo, denied he was in it and refused to quit.

Even as the party struggled to understand the impact of that surprise, a separate allegation emerged about Northam’s would-be successor, Lieutenant Governor Justin Fairfax. California political science professor Vanessa Tyson claimed that Fairfax had sexually assaulted her in 2004. Fairfax immediately denied the charges, describing them as a “smear” perpetrated by political rivals.

And on Feb. 6, the third in line to the job, Attorney General Mark Herring, disclosed that he too had donned blackface in 1980.

If all three go without appointing another successor, a Republican would become governor.

The cascade highlighted how changing norms are posing new challenges for politicians and their parties. Heightened awareness of racial inequality is casting once overlooked bigoted behavior in a new light. And the #MeToo movement is giving women courage to say they were victims of assault at the hands of men whose earlier denials would have gone unchallenged.

The events also showed how today’s mercurial media will shape the 2020 cycle’s inevitable political flare-ups. On the one hand, the high-speed news cycle accelerates fringe posts into the mainstream–both the Northam photo and the Fairfax allegation were first reported by a right-wing website. On the other, the same news pace can shorten the danger zone for an accused politician.

Hunkered down in Richmond, Northam might be looking at the GOP for lessons on how to survive. Some Republicans called for then candidate Donald Trump to leave the 2016 ticket after he was heard bragging of groping women on a decade-old tape that emerged in October 2016. He declined and went on to win the presidency a month later. When sexual-assault allegations against Supreme Court nominee Brett Kavanaugh surfaced last year, he looked doomed. He forcefully denied them. GOP Senators stood by him. He now stands to shape the country for a generation.

A majority of Senate Democrats, by contrast, exiled Minnesota Senator Al Franken in late 2017 in the wake of sexual-misconduct allegations. Unlike Trump, Franken acquiesced–which many Democrats now regret.

So where are the new lines drawn? No one knows. But the slate of potential Democratic challengers to Trump is already filled with a diverse group of candidates intent on elevating gender and racial justice to the fore.

As for Northam, he seems to think a dose of defiance and voters’ fleeting attention span may spare him. After all, Trump is in the White House. 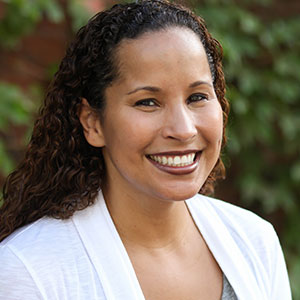