Bud Light really wanted people to know it does not use corn syrup in its beer. But the recipe decision, touted in a 2019 Super Bowl commercial, triggered quite the backlash from beer competitors and corn farmers.

Beer industry and brewing experts say Bud Light’s advertising tactic is playing on a public perception that corn syrup is unhealthy, by implying that it is added to other beers as a sweetener.

But the inclusion of corn syrup in beer does not make a difference in nutrition or taste, according to beer industry and brewing experts. While it sounds similar to high fructose corn syrup—a sweetener commonly added to sodas and flavored beverages—corn syrup itself is a clear, sweet liquid derived from corn starch that contains glucose. Added to the beer brewing process, corn syrup is eaten by yeast, turning the sugars into alcohol, according to Kaylyn Kirkpatrick, a brewing extension associate at Cornell University working in the department of food sciences.

“Corn syrup is not really going into the finished beer,” Kirkpatrick tells TIME. “It’s more of a processing aid and is 100% fermented out.”

The debacle started when Bud Light’s Super Bowl ad on Sunday showed a large barrel of the corn syrup being delivered by mistake to the Bud Light castle. In a quest to get the corn syrup to its intended recipients, the “king” of Bud Light and a group of followers travel long distances to deliver the barrel to Miller Lite and Coors Light, since both companies brew beer using corn syrup.

The advertisement drew criticism from corn farmers and others in the domestic beer industry. The National Corn Growers Association said it was disappointed in Bud Light. Miller Lite thanked Bud Light for “including us in our first Super Bowl ad in over 20 years,” and pointed out it has “more taste and half the carbs.”

While well-known domestic lagers like Coors Light and Miller Lite do include corn syrup in their brewing processes, the ingredient is added so the sugars will ferment and transform into alcohol, giving the brews their signature light body and crisp taste. Further, because the sugars from the corn syrup are fermented out during the beer brewing process, no one is drinking straight sugar from a bottle of beer (unless otherwise added).

Bud Light also adds sugars into its fermentation process. But instead of relying on corn syrup, Bud Light uses rice as its source of a fermentable sugar during its brewing process. According to a list of ingredients used in Bud Light, the drink includes water, barley, rice and hops. A spokesperson for Anheuser-Busch, which makes Bud Light, confirmed that those ingredients are used in the drink. The company uses corn syrup in some of its other products, including Busch Light and Natural Light. Anheuser-Busch bought more than 1 billion pounds of corn ingredients last year, according to the company’s spokesperson.

“We fully support corn growers and will continue to invest in the corn industry,” the spokesperson said. “Bud Light’s Super Bowl commercials are only meant to point out a key difference in Bud Light from some other light beers. This effort is to provide consumers transparency and elevate the beer category.”

The company also reached out to the National Corn Growers Association in light of its criticism, in an effort to make amends, Neil Caskey, the group’s chief communications officer, told CNN.

The differences between using rice and corn as a source of sugar are slim to none, according to Matt Simpson, an expert in the beer industry who runs the consultancy The Beer Sommelier.

“The only reason Bud Light is able to make any case for this advertising campaign is the perception that corn syrup is somehow worse than rice syrup,” he says, referring to the rice mixture that Anheuser-Busch likely uses in its recipe. “It’s really not true. If you eat a teaspoon of rice syrup or corn syrup your body will process them the same way. By the time it’s turned into alcohol, there’s literally no difference between them. They’ve been fermented.”

Kirkpatrick concurs. Corn syrup in beer “should not be a health concern,” she says.

“You might get differences in the final flavor of the product, because sometimes that comes through the fermentation differently,” she says. “But in terms of caloric value, if people are worried about sugars left behind in the beer, those are all going to be eaten up in the brewing process.” 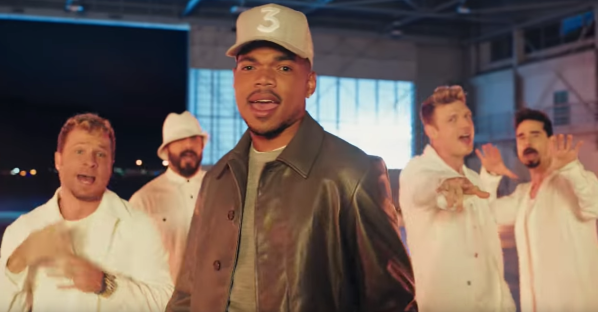 The Best Commercials of the 2019 Super Bowl
Next Up: Editor's Pick