The Spiked Seltzer Mermaid Commercial Immediately Made a Splash

The first ad to air during Super Bowl LIII made a splash: it was a mermaid-themed commercial for Bon & Viv Spiked Seltzer, featuring two characters swimming around underwater — aptly named Bonnie and Vivian — helping to promote the alcoholic offering from AB InBev. The premise of the ad? They’re pretending to “pitch” the product to a fictionalized version of Shark Tank, the popular TV show. The twist: they’re pitching to actual sharks, not business tycoons.

Naturally, the spot got the internet talking: not only is it promoting a beverage that hasn’t gotten much attention in the public consciousness or the market so far, but the brand name is also reminding people of musician Bon Iver.

It turns out Bon & Viv Spiked Seltzer has actually been around for a while — or at least, since 2012. It’s always been associated with mermaids in its marketing imagery, too, AdAge reports. And while responses to the CGI-heavy ad are mixed so far, it certainly did make a splash with its prime position. 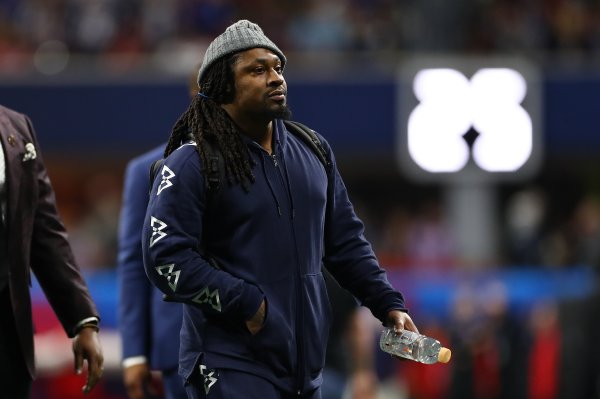 Marshawn Lynch Kept It Inspiringly Casual at the Super Bowl
Next Up: Editor's Pick