Facebook Says It Will Work With Germany to Counter E.U. Election Meddling

Facebook has announced plans to partner with the German government to target fake accounts and combat misinformation ahead of the European Union elections in May, CNN reports.

The social media giant’s chief operating officer Sheryl Sandberg told a conference in Munich Sunday that Facebook will work with Germany’s Federal Office for Information and Security among others to “guide policymaking in Germany and across the E.U. on election interference.” Sandberg said the new initiative would expand upon Facebook’s efforts during Germany’s national elections in 2017, which included removing “tens of thousands” of false accounts.

She did not elaborate further on the upcoming partnership.

According to the company’s head of ad transparency, Facebook will extend new ad-purchasing rules in an effort to protect 2019’s elections, including an upcoming poll in India, CNN reports. The policy, which was implemented last year in the U.S., U.K. and Brazil, requires political ads-buyers to upload personal identifying documents to prevent false accounts from spreading election-related propaganda.

Facebook has long been in hot water over its role in spreading disinformation during elections. The Menlo Park company drew criticism for hosting Russian campaigns to sow discord and influence public opinion during the 2016 U.S. presidential election. In November, the company admitted that over 600,000 U.S. users followed accounts created by Russian trolls ahead of the 2018 midterms.

Facebook’s fraught public image was was further rocked by a series of controversies last year, from the mishandling of user information to allegations it exacerbated the spread of hate speech preceding ethnic violence in Sri Lanka and Myanmar. Facebook executives, including Sandberg and founder Mark Zuckerberg, endured questioning by Congressional lawmakers and threats of federal oversight.

“These last few years have been really difficult” for Facebook, Sandberg said Sunday. “We know we need to do better.” 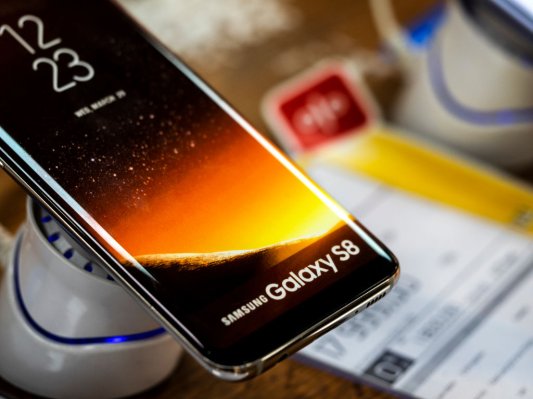 Some Samsung Users Are Finding They Can't Delete Facebook From Their Phones
Next Up: Editor's Pick