There can be 100 people in a room, but all you need is one to ensure that you’ll be a meme in 2019 — at least, that’s the situation that Lady Gaga found herself in after footage surfaced of her on the 2019 Golden Globes red carpet.

In the clip, the A Star is Born lead reacts with sincere surprise when Entertainment Tonight asked if her magnificent custom Valentino couture gown was inspired by Judy Garland’s dress for the 1954 version of A Star is Born, something that captured the hearts of the Internet and quickly became viral days after it actually happened.

The Internet found that Gaga’s surprised and vocal reaction to the question was the perfect way to express their own feelings about being confronted about something on-the-spot. In short, Gaga’s red carpet moment may be the most relatable meme of 2019 so far.

One Twitter user found it to be especially relevant to their late-night texting habits.

While another found it to be fitting to their texting habits in general.

Some found it to be relatable to the relationships in their lives.

One thing’s for certain, however; there’s always an occasion to use this meme. 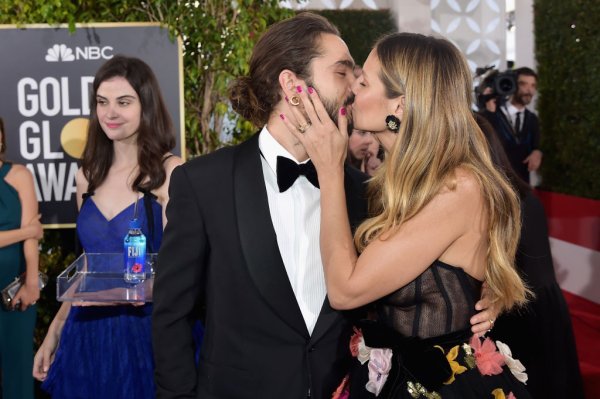 'Life Has Changed Very Dramatically.' Meet the 'Fiji Water Girl' Who Became the Star of the 2019 Golden Globes
Next Up: Editor's Pick