Christian Bale seized an opportunity to call out Dick Cheney at the 76th annual Golden Globe Awards Sunday night. The Welch actor won the award for Best Actor in a Comedy or Musical for portraying the former vice president in Vice.

Bale joked that his wife had told him before he took the stage that “less is more” with his speech. That didn’t stop him from taking the opportunity to take a few shots about the politician he portrayed in a movie about Cheney’s life, with a focus on his time as vice president during George W. Bush’s administration.

Bale joked that he was the obvious choice to play the “charmless” Cheney. Bale even speculated that he could play another “charmless” man, and suggested he take on Senator Mitch McConnell next. “That’d be good,” he mused.

He then went on to thank several people for helping support Vice, including the devil himself. “Thank you to Satan for giving me inspiration on how to play this role,” Bale said. 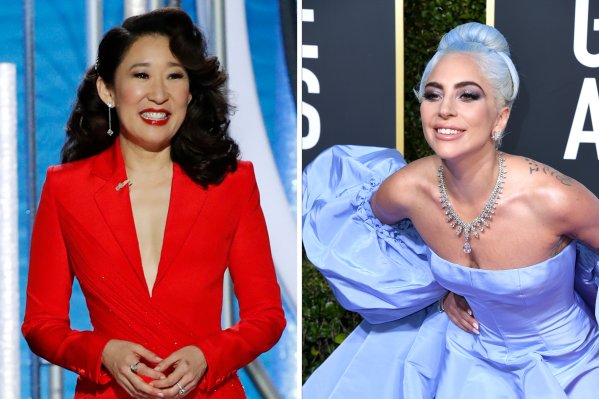 Lady Gaga Finally Got Called Out for Her ‘100 People in the Room’ Bit at the Golden Globes
Next Up: Editor's Pick