First impressions matter, which is why one contestant on this season of the The Bachelor decided to put on a fake Australian accent in order to stand out from her peers.

In a teaser clip ahead of the new season, Bri, a 24-year-old model from Los Angeles, fakes a Australian accent some have found questionable while introducing herself to the Bachelor, Colton Underwood. While the limo arrivals of contestants always includes some over-the-top antics, like Alexis Waters’ infamous dolphin/shark costume or Jojo Fletcher showing up in a unicorn mask, assuming another nationality is a whole another level of effort.

Colton, for his part, appeared to be duped by the accent, going so far as to comment on her “nice accent” and ask where she was from.

“Um, the accent it’s Australian,” she said, technically not fibbing, although seeming to slip into another accent while saying this. “I was hoping that you’re kind of a sucker for accents. I didn’t know what you’d think about it.”

In the next frame, however, Bri reveals what most other people would know from hearing her accent: she isn’t Australian at all, but did the accent to “stand out.”

Seems like this season of The Bachelor is off to an entertaining start. 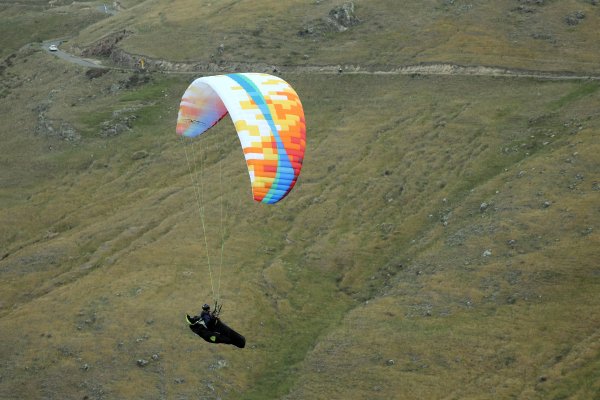 Video Shows Paraglider Who Recovered After Getting Caught in a Surprise Dust Devil
Next Up: Editor's Pick