Why Trump’s Generals Have Abandoned Ship

After a couple of tumultuous years, President Donald Trump seems to have reached the conclusion that he has had quite enough of generals. Now, as a retired admiral, I have certainly been annoyed over the years by a number of generals. Yet by and large, I’ve found them quite effective as leaders, organizers, planners and strategists–the type one would expect from those who have proved their mettle in the long hierarchical climb up the ranks of the modern armed forces. Additionally, the vast majority are driven by integrity and the values of courage, honor, commitment–while having been tested in life-and-death situations. All in all, a pretty good selection of qualities. So why, after hiring quite a few, is the President turning on them?

In the cases of Generals H.R. McMaster, John Kelly and, finally, James Mattis–all of whom I’ve counted as not just colleagues but also friends–the details of each individual departure vary somewhat. But the common theme is actually pretty simple: President Trump simply cannot be briefed, staffed, scheduled or organized in a manner that long-serving military personnel find effective. I once asked Mattis–while he was considering the offer to become Secretary of Defense–how hard he thought it would be to work with a personality like Trump. He said it might not be “mission impossible” but he knew it was going to be “mission very difficult.” This from a man who has repeatedly taken on the toughest of assignments.

The President famously does not actually read the voluminous policy papers with which he is presented. From the perspective of a senior military mind, this would be akin to a car refusing to be gassed up. According to multiple reported accounts, Trump’s briefings have to be put in the simplest terms; the traditional complex military PowerPoint slides were anathema to him. The military presents its shared wisdom by detailing a traditional set of information: assumptions, existing conditions, courses of action, centers of gravity and, in the end, the ultimate three options suggested to the decisionmaker; the President prefers to go with his gut. This made for a continuous collision between the President and his generals, and the recent series of decisions-by-tweet (notably including the withdrawal from Syria) truly underscore the impossibility of molding the President’s approach.

There was also an ongoing sense that the President’s moral structure was, shall we say charitably, unconventional to the military mind. Cadets and midshipmen at the service academies operate on a very simple honor code: to not lie, to not cheat, to not steal. Every year, a handful of young officers run afoul and are summarily dismissed. For those who follow along the career path, any officer who violates the Uniform Code of Military Justice in any way–from sexually propositioning a subordinate to misrepresenting the finances of his unit–would be court-martialed and removed from the service. The President’s style of playing loose with the truth and facts–including by saying on Jan. 2 that he “essentially” fired Mattis, something he did not do–grate on the military mind. General Stanley McChrystal, who retired during the Obama Administration, said in a recent interview that Trump is a liar and an immoral figure. His blunt and direct comments provide a pretty good summary of what most generals think about the President’s character.

Perhaps the better question is, What attracted Trump to generals in the first place? It seems he was attracted to the macho, direct, domineering profile that many civilians associate with generals, like Jack Nicholson’s portrayal of a Marine in A Few Good Men. He may have thought associating with them would burnish his own credentials as an alpha male. (Remember, he also hired General Michael Flynn, who later pleaded guilty to making false statements to the FBI.) But it has likely dawned on Trump that generals are more cerebral than he ever would have guessed, have a pesky habit of quietly judging him in ways that got under his skin, are more intellectual planners than operational Rambos, and don’t quite care about the politics and media signals that the President holds dear.

In the military, we say the first duty of an officer is to bring order out of chaos. I’m glad that the generals stepped into the breach. But in the end, each of them had to ask himself, At what point does my serving in this White House become less a guardrail and more an enabler? And what will it ultimately mean that the hard-won credibility of my life and career supported the work of this Administration? That is an intensely personal choice that I suspect each will address over time. But I do believe that for each of them, leaving had a modicum of relief mixed in with the bitter knowledge that try as they might, they could not accomplish the mission. 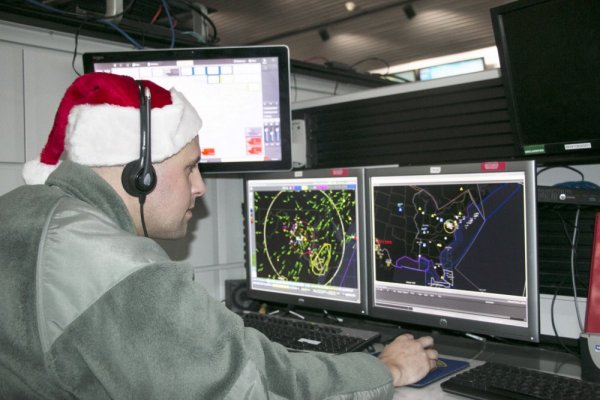 No, the Federal Shutdown Will Not Cancel the Government Tracking Santa Claus
Next Up: Editor's Pick